For a while l have followed the roll-out  by the UK Government of  their “Universal Credit” scheme, its is billed by politicians as the way to simplify the welfare system ,by guiding people back into work!

Of course as with all “Government Initiatives” there is a person tasked to front this policy in this case it is Iain Duncan Smith and so far he is keeping a lot of people in this country happy with the result! The reason being that the emphasis is for those that work and pay their taxes, whilst the scroungers get it all for free! Now everyone wants a government to spend their taxes wisely, so it is a winner as far as it goes!

So concept good on the face of it, but as my personal investigations have uncovered, behind what looks good for some, hides the real truth for others! In this instance the part in this latest system about “Making Sure Work Pays” well my insider source says it does, for the contracted service companies that get paid for providing a job, any job, as long as you work!  Now the pay can be low, the conditions can be unfair and the consequences can lead to tribunals and even dismissal ,as my source has confirmed. But as long as you do not turn up on the unemployment register as an applicant claiming welfare benefits ,that suits this government just fine!

As a lot of people are aware a number of employers have signed up to this contract and it enables these companies to get cheap labour, on short-term contracts and unburden the register for the unemployed, massaging the figures and making this government, look as if they are looking after the people’s interest.

So it is a real vote winner for the government, welfare system and unemployment!

But these companies do not care about all that, they just want you to work in any job, and of course they get paid for providing such a service, but according to my source their tactics are not very humane, their interview techniques are questionable and their methods would lead one to believe we are back in the 1930’s not living in this day and age. The problem is that my source had to take a job working on a third-party contract for a Property and Maintenance Services company ,providing their services to the NHS and on a 24 hour call-out arrangement, being told  that he would receive a vehicle, mobile phone and only be on call-out every two weeks. Sounds great and so with no choice he took it ,against my best advice as the contract was exceptionally onerous, to say the least!

That was 6 months ago, since that time the mobile phone, has one feature the employer can ring him, no call back or checking procedure, the van never arrived, he now works every weekend using his own vehicle, and never sees his wife ,or his very ill house bound mother! His time at the company has gone from bad to worst as refusal to do these hours, has brought him into conflict and recently before the disciplinary board, and he is now awaiting an appeal!

Now upon reading this you would think that these are all excuses ,he does not want to work! Well l can tell you l have known this person all of my life, and he is nearly 60 years old now! He has worked all his adult life from the age of 16, but has been unlucky like so many to be made redundant 4 times, and he has always done his job to the best of his ability!

So you might say, why is this situation not well-known, well of course these so-called interviews are carried out behind closed doors, so nobody gets to see or hear how they get you to agree to a job! This can include standing you in the middle of a room full of people and publicly humiliating you, saying you are lazy and a burden on the state, so if you do not take the job we offer you, we can make a phone-call and stop your benefits! Of course they couch it in such a manner, saying words like we could, as we have been given the job of getting you off the unemployment register and into work.

What they do not say is that for everyone who takes a job they received a payment, so the incentive to get people a job, any job is paramount as more that stop taking benefits, the more money they make!

At present there is an appeal under-way and the story of this tribunal will be written in part two, but suffice to say for now my source has asked me not to share his name ,or the name of the company! Also l will eventually after more investigation name the company tasked by this government to carry-out these recruitment services and where in the country this took place!

Of course for all those that want to look at the government’s way of providing Universal Credit here is a link explaining it all, together with a small  snippet the scheme:

We are introducing Universal Credit in 2013 for people who are looking for work or on a low-income. Universal Credit brings together a range of working-age benefits into a single payment. It will: 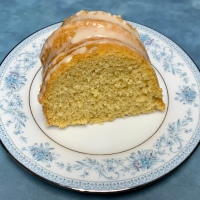 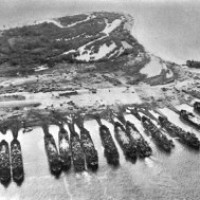