#AceHealthcareNews says according to WASHINGTON D.C., January 2 (CNA/EWTN News) .- A group of religious sisters that cares for the elderly poor in the U.S. was among several religious organizations to gain protection from the federal contraception mandate shortly before it took effect on Jan. 1.

“We are grateful for the decision of Supreme Court Justice Sonia Sotomayor granting us a temporary injunction protecting us from the HHS contraceptive mandate,” said the Little Sisters of the Poor.

On Dec. 31, just hours before the mandate was to take effect for religious non-profit groups, U.S. Supreme Court Justice Sonia Sotomayor issued an emergency stay temporarily blocking the regulation’s enforcement against the religious sisters. The federal government has until 10 a.m. on Jan. 3 to reply to Justice Sotomayor’s order.

The Little Sisters of the Poor – who have provided physical, spiritual and emotional care for the elderly and dying in communities throughout the U.S. for 175 years – voiced gratitude for the decision.

“We hope and pray that we will receive a favorable outcome in order to continue to serve the elderly of all faiths with the same community support and religious freedom that we have always appreciated,” the consecrated sisters said in a Jan. 1 statement.

Justice Sotomayor’s stay applies to the Little Sisters as well as more than 200 religious groups insured by the Christian Brothers Employee Benefit Trust. It protects these groups from the demands of the federal contraception mandate, which requires employers to offer health insurance covering contraception, sterilization, and some drugs that can cause early abortions.

Employers who fail to comply with the mandate face crippling penalties.

Because the Little Sisters of the Poor are not affiliated with a particular house of worship, they do not qualify for the religious exemption to the mandate.

The federal government has argued that it has sufficiently provided for the religious freedom of the Little Sisters and other religious organizations through an “accommodation” under which the faith-based employers can pass the burden of providing the objectionable coverage to insurers, who must then offer it directly to employees without cost. Critics, however, argue that the costs of the coverage will ultimately be handed on to the employer in some way. The Becket Fund for Religious Liberty, which is helping represent the Little Sisters of the Poor in their lawsuit, welcomed the news of the stay.

“We are delighted that the Supreme Court has issued this order protecting the Little Sisters,” said Mark Rienzi, senior counsel for the Becket Fund. “The government has lots of ways to deliver contraceptives to people – it doesn’t need to force nuns to participate.”

Justice Sotomayor’s decision joined more than a dozen other preliminary court orders to block the mandate. The majority of nonprofit groups that have sued over the mandate have received temporary relief.

Also on Dec. 31, the U.S. Court of Appeals for the District of Columbia granted last-minute injunctive relief to several Catholic colleges and organizations, including the Archdiocese of Washington, D.C., and The Catholic University of America.

The Archdiocese of Washington welcomed the injunction in a statement, saying that the court’s decision is “in line with the rulings of courts all across the country” in its recognition “that the HHS mandate imposes a substantial and impermissible burden on the free exercise of religion.”

“These decisions also vindicate the pledge of the U.S. Catholic bishops to stand united in resolute defense of the first and most sacred freedom – religious liberty,” the archdiocese stated.

Archbishop Joseph E. Kurtz of Louisville, Ky., president of the U.S. Conference of Catholic Bishops, has asked U.S. President Barack Obama to extend temporary protections from the mandate to all religious employers who object to it. President Barack Obama and Justice Sonia Sotomayor meet in the Oval Office prior to a reception for the new Supreme Court Justice at the White House, on Aug. 12, 2009. (Photo credit: Wikipedia)

In a Dec. 31 letter to the president, he noted that the government has already chosen to delay a regulation requiring employers to offer health insurance to employees. However, religious employers who do wish to “provide and fully subsidize an excellent health plan for employees,” but object to covering contraception and related products, face “crippling fines of up to $100 a day or $36,500 a year per employee.”

This position “harshly and disproportionately penalizes those seeking to offer life-affirming health coverage in accord with the teachings of their faith,” the archbishop stated. “The Administration’s flexibility in implementing the ACA has not yet reached those who want only to exercise what has rightly been called our ‘First Freedom’ under the Constitution.”

“In effect, the government seems to be telling employees that they are better off with no employer health plan at all than with a plan that does not cover contraceptives,” Archbishop Kurtz said, adding that this position is “hard to reconcile with an Act whose purpose is to bring us closer to universal coverage.” 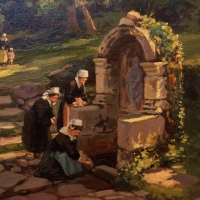 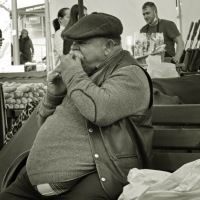