Discussing the then upcoming Anonymous “Million Mask March” at the state’s capitol, Kolerich, who previously spent over 25 years in the Washington State Patrol, details the bank’s superior ability to track political groups.

“If you find any intel on Anarchists or Occupy Protesters please let me know – I will most likely find it first as Social Media trolling is not what the WSP does best,” Kolerich says. “Bank of America has a team of 20 people and that’s all they do all day and then pass it to us around the country!!”

Whether Kolerich is referring to a specific Washington state based team or the total number of paid “trolls” is unclear, though the possibility of multiple nationwide teams seems much more likely.

Comments made earlier in the email by Kolerich reveal the bank’s private history with law enforcement as well, specifically regarding previous and upcoming “intel” exchanges.

“May Day I will pick your brain for intel and I will give you a lot also,” Kolerich says. “The Public-Private partnership worked great last year and hopefully being ahead of the anarchists will protect all of you from protests/arrests/injury.”

“Sorry for not getting back to you sooner – hectic weeks lately with foreclosures and this MMM march,” Kolerich says. “We are not seeing much – I understand the WSP is ramping up but I haven’t checked with the Fusion Center and JTTF…”

The permitted three-hour protest, which drew around 100 peaceful protesters to the state’s capitol, was surveilled by multiple agencies as well as a fixed wing aircraft, costing taxpayers over $28,000.

While Kolerich can only be linked to law enforcement groups in Washington state, the likelihood of the bank sharing data with countless agencies across the country is apparent.

This follows and gives even more validity to a major data release by Anonymous last year, where information on an unsecured server pointed to Bank of America’s spying as well.

Similar to the NSA’s collusion with private companies, the emails represent yet another example of the government using private groups to spy on Americans. 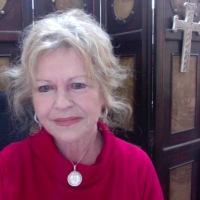