David Cameron has warned that while the weather was due to improve, the sheer volume of his incompetence over recent weeks meant groundwater levels of government ineptitude would keep rising in many places.

Despite weather forecasters predicting an “improving picture” with lighter winds and less rain, experts say large numbers of flood-hit residents in southern, south west and central England remain at risk at the government’s inability to do anything other than have endless COBRA meetings in London to help them.

Cameron, who visited flood-hit Chertsey in Surrey before chairing yet another Cobra emergency committee on Saturday, said the next 24 hours would be vital as levels of sheer government indifference were set to rise again:

“Thankfully, it does appear that we will see less rain and wind over the next few days. However, after so much not really giving a toss over recent weeks, levels of cabinet indifference remain… 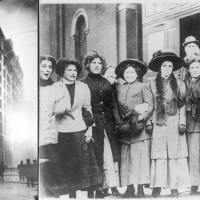