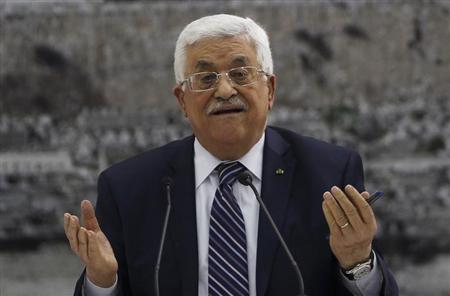 Abbas spoke Saturday to the Palestinian Central Council, a top decision-making body, two days after Israel halted negotiations with the Palestinians over a reconciliation deal between Abbas and Hamas.

Israel’s leaders accused Abbas of choosing Hamas over possible peace with Israel. However, the suspension came at a time when talks were close to collapse and had achieved no results after nine months.

The Abbas-Hamas deal envisions an interim government in a month and general elections by winter.

The Palestinian split came in 2007 when Hamas seized Gaza, and reconciliation efforts failed.

Abbas says any unity government would work “under my orders and my policy.”