#AceNewsServices – UNITED STATES – RUSSIA – May 06 – Russia and the US are holding on to its remaining stockpiles of smallpox, one of the world’s most deadly diseases, because further tests should be conducted on it, researchers have said.

An opinion piece published in PLOS Pathogens says that the World Health Assembly, the governing body of the World Health Organisation, should not destroy the last known remaining strains of the virus.

Smallpox is estimated to have killed up to 500 million people in the 20th century.

However, vaccination campaigns throughout the 19th and 20th centuries led to it being eradicated in 1979.

The disease caused raised fluid-filled blisters to form over the body and led to complications including limb deformities, scarring and blindness.

Whether or not to destroy the remaining stockpiles of the disease will be decided at an upcoming meeting of the WHA.

However, despite strong arguments for its destruction, scientists from the US Centres for Disease Control and Prevention say lots of questions remain unanswered about the disease, with public health goals unmet.

The smallpox virus is held at two high-security laboratories in Russia and the US.

Despite significant advances, there is more work to be done before the international community can be confident that it possesses sufficient protection against any future smallpox threats. The current World Health Organization (WHO)-approved research agenda for smallpox has been tightly focused by the interpretation that research “essential for public health” equates solely to applied research related directly to the development of new antiviral drugs, safer vaccines, and better diagnostics. Despite considerable advances in this direction, we argue that the research agenda with live variola virus is not yet finished and that significant gaps still remain.

Variola virus is unique amongst the orthopoxviruses in that it is known to be a sole human pathogen. The viral and host factors responsible for this human-specific tropism remain essentially unknown to this day, although the current genomic information across orthopoxviruses makes hypothesis-driven experimental design using functional genomic approaches more feasible. Indeed, greater exploitation of current technologies may lead to additional therapeutic or diagnostic products to better respond to any future emergency situation resulting from a smallpox appearance.

Smallpox disease was declared eradicated in 1980, and today is the only human disease to be eliminated by WHO. Shortly after WHO officially declared smallpox eradicated, a decision was made to ultimately destroy the remaining stocks of live variola virus, with interim use of the virus permitted only for defined WHO-approved research projects. Variola virus stocks were then voluntarily consolidated in the early 1980s to two WHO Collaborating Centre laboratories, one in Russia and the other in the United States, which remain the only two WHO-approved sites for research with live variola virus.

In 1999, following an independent report on variola research by the Institute of Medicine (IOM), a decision by WHO was made to increase the amount of research that utilized live variola virus.

in 2005 and was subsequently comprehensively reviewed by the IOM in 2009, and the WHO ACVVR and its assembled external advisory group (called AGIES) in 2010 and 2013.

Each of the last two comprehensive reviews was prepared to summarize research advances and to recommend whether additional research with live virus would be required in order to fulfil the original WHO-mandated agenda, in advance of a WHA-wide discussion about the fate of the remaining variola virus materials stored at the two WHO Collaborating Centres. 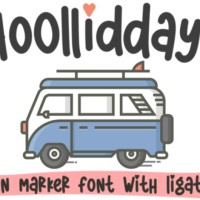