#AceWorldNews – UNITED STATES (Philadelphia) – July 09 – An elderly Nazi war crimes suspect will remain jailed in Philadelphia as part of a German criminal case after a U.S. judge denied him bail this week.

Defence lawyers argued that 89-year-old Johann “Hans” Breyer is in frail health and deteriorating in prison. He has heart disease and dementia, and he had a stroke in recent years.

“Due to Mr. Breyer’s age and condition, he is incapable of fleeing or endangering others, as he himself needs daily assistance,” lawyer Dennis Boyle said in a bail petition filed after his arrest last month.

German authorities hope to try Breyer on accessory-to-murder charges for his guard service at the Auschwitz death camp in 1944. Breyer told The Associated Press in 2012 that he was forced to work there as an SS guard but never took part in the mass killing of Jews and others.

He was charged last month with 158 counts of accessory to murder — one for each trainload of victims brought to Auschwitz during his time there. 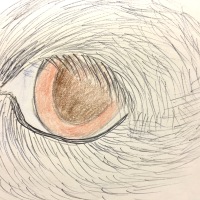