‘ Screenshot from Video Due to Graphic Nature ‘ ​

The authenticity of the video has yet to be confirmed. ISIS had threatened to execute Sotloff unless President Obama withdrew American forces from Iraq.

White House press secretary Josh Earnest said the administration had been watching the situation closely and has "dedicated significant time and resources to trying" to rescue the American journalist.

He also pledged the new video "will be analyzed very carefully by the U.S. government" and its intelligence services.

"Our thoughts and prayers first and foremost are with Mr. Sotloff and Mr. Sotloff’s family," Earnest said.

Last week, Sotloff’s mother pleaded in a video for ISIS militants to release her son.

“I want what every mother wants: to live to see her children’s children. I plead with you to grant me this," she said. 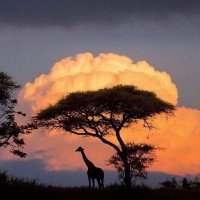