#AceNewsServices – SYRIA – October 08 – A Franciscan priest and 20 other Christians have been kidnapped by Al-Qaeda-linked militants in a Syrian village near the border with Turkey, the Franciscan mission to the Holy Land said Tuesday.

Following their capture, an unspecified number of Franciscan nuns had taken refuge with the villagers, the statement said.

“Among the kidnapped are young people, both boys and girls,” he was quoted as saying.

Qunyeh is a village of several 100 people in the Syrian province of Idlib and lies some 8 kilometers from the Turkish border.

Franciscan official Father Pierbattista Pizzaballa, Custody of the Holy Land, confirmed the kidnapping of the 62-year-old priest and 20 villagers to AFP.

“They are accusing them of being collaborators” with the regime of Syrian President Bashar al-Assad, Pizzaballa told AFP in Jerusalem, expressing deep concern over the fate of the priest, a Syrian who has worked in Qunyeh for 12 years after a posting in the Jordanian capital, Amman.

We don’t know with whom to talk, we’re totally unable to get in touch with anyone,” added Pizzaballa, the guardian of the Catholic Church’s sites in the Holy Land.

AFP quoted a source linked to the Franciscan Order in Aleppo as saying that Nusra Front rebels had forced their way into the convent and “looted everything.”

The source said Nusra Front rebels were “angry with Father Hanna because he refused to give them some of the olives harvested from trees on the convent’s land.” 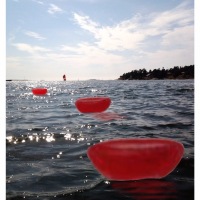