In a confrontation on Detroit’s east side, protesters were shouting “Let them go” at police.

In a city with its own history of racial tensions, the Tuesday night marches were among several in Detroit as angry and anxious voices called for justice in the shooting death of a teenager in Ferguson, Mo.

Outraged over the grand jury’s decision not to indict Officer Darren Wilson in Ferguson, protesters gathered in half a dozen spots in Detroit throughout the day, with one group shutting down the northbound I-75 highway for a few minutes during rush-hour traffic. 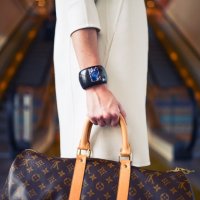