#AceWorldNews – WASHINGTON:Dec.14 – A $1.1 trillion government funding bill has been passed by a 56-40 vote in the US Senate.

The bill would provide financing for most US government agencies through September 30, 2015.

The exception is the Department of Homeland Security, which only gets money through February 27.

The approval of the 1,603-page, long-term bill comes hours after the Senate voted for a short-term one, funding the government only through Wednesday night.

The $1.1 trillion spending bill now needs to be signed by President Barack Obama. 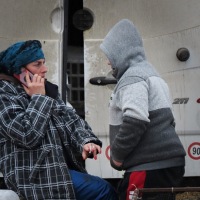