#AceNewsServices – Featured Report:USA:March.02: A legal brief filed in a federal court in Texas warns that if the judge decides to reverse his decision and allow President Obama’s amnesty program to move forward right away it could cost U.S. taxpayers $144 billion.

The friend-of-the-court brief contends Obama’s executive immigration actions delaying deportation and offering benefits to an estimated 5 million illegal aliens could forever change the legitimacy of elections in America because of the possibility the illegal aliens could be allowed to vote.

The filing from attorney Larry Klayman of Freedom Watch was on behalf of Maricopa County, Arizona, Sheriff Joe Arpaio, who has a separate lawsuit against the government over amnesty.

His claims were rejected by a district judge but now are on a fast track at the appeals court in Washington.

NOTICE, SUGGESTION AND RECOMMENDATION FOR ISSUANCE OF ORDER TO SHOW CAUSE CONCERNING ENFORCEMENT OF COURT’S ORDER BY AMICUS CURIAE SHERIFF JOE ARPAIO

Disclaimer: This article is not written by ACE NEWS GROUP. The original source of this article can be found here and Continue Reading…..here. 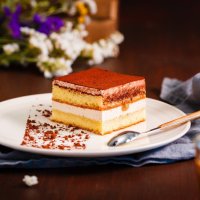