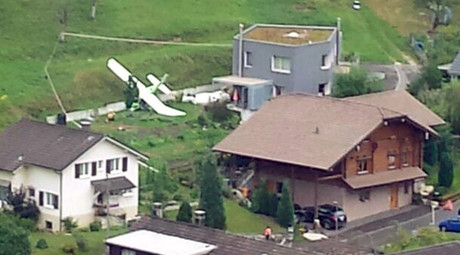 Two planes have collided at an airshow in Dittingen in Switzerland’s Basel canton. Swiss police said one of the pilots was killed in the incident.
Earlier report of incident:

The second one was reported to have ejected and parachuted to safety.
@AceNewsServices