#AceNewsReport – Feb.19: The 12-year-old girl was in her school uniform, wearing pigtails. She clutched her princess lunch box as she got off the Bronx bus after tutoring, and that’s when the rapist grabbed her by the arm: “If you scream, I’m gonna kill you,” he said, according to police. The stranger dragged her roughly, turning down an alley where he brutally attacked her #AceNewsDesk reports

This image taken from a Feb. 24, 2015 surveillance video and provided on Feb. 17, 2018 by the New York City Police Department, shows a man being sought by the NYPD in connection with a rape three years ago. (NYPD via AP)

The crime took place on Feb. 24, 2015. And, despite DNA evidence and surveillance footage of the attack, no arrests have been made. As the anniversary nears, the Special Victims Division detective on the case is pleading for anyone with information to send a tip through the CrimeStoppers website or call the hotline:

“She was just a baby,” said Det. Diane Crowley. “This is the worst of the worst.”

Surveillance footage shows a young man in tan cargo pants, wearing a blue jacket with a hood and a hat. His face is blurry, but it’s not impossible to recognize. Part of the problem, Crowley thinks, is the suspect was also young, probably 14 to 16 years old. She thinks people are afraid of being wrong and turning in an innocent kid.

“Obviously with the forensic evidence, there’s no way the wrong kid will go to jail for this,” she said. “I just think after three years, you told somebody, you told part of it to somebody. A mom saw it. Someone knows something.”

Crowley is haunted by the case. She said when she arrived to the hospital, the little girl in a bed, still in her uniform, but it was ripped and dirty. Her glasses were askew.

She had a hard time explaining the attack to police.

“She had to describe things that happened to her that she didn’t even have the vocabulary for,” Crowley said. “She’d never seen a male body before.”

She was on the BX 19 bus to East Tremont, where she transfers to another bus to go home. She said he grabbed her when she got off, then walked her into an alley at 2064 Daley Avenue, the first building off 179th Street.

The alley is sunken — not something easily seen from the street, but there’s turf covering one of the walls.

After the attack, she ran and called her mother and they went to the hospital, which collected forensic evidence. Crowley set to work. It took police days to find the crime location because the little girl didn’t know where she was.

They followed up on hundreds of leads, talked to any gang members in the possibility it was some sort of initiation. They combed through bus footage. The victim didn’t remember seeing him at school, but it looked like he might have also have been wearing a uniform.

“I think most sex crimes are about opportunity. She happened to be an easy target,” Crowley said. “But when you find a 12 year old and you saw I’m going to kill you … it’s a real cowardly attack,” she said.

Crowley said the girl has had ups and downs. She’s anxious and can’t sleep, struggles in school, but she’s growing into a smart young woman and is doing her best.

“But, her innocence was taken. The twinkle in her eye dimmed out,” she said. “I would love nothing more than to bring her and her family justice.”

By Colleen Long Associated Press NEW YORK — The 12-year-old girl was in her school uniform, wearing pigtails. She clutched her princess lunch box as she got off the Bronx bus after tutoring, and that’s http://bitly.com/2C89eG2 We need YOUR help. @NYPDDetectives are looking to ID the male wanted for raping a 12-yr-old girl in the #Bronx in 2015. Call #800577TIPS with info. $22K reward I’d love nothing more than to bring her & her family justice.” -@NYPDSVU Det. Diane Crowley https://t.co/AePk1zW5td— Chief Terence Monahan (@NYPDChiefofDept) February 19, 2018 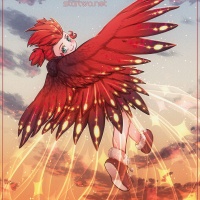 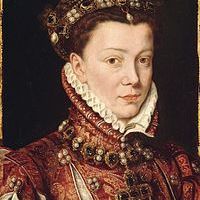