#AceNewsReport – Apr.20: Moody was convicted in 1996 for the murder of federal Judge Robert Vance in Birmingham, Alabama: “Moody has spent the better part of three decades trying to avoid justice. Tonight, Mr. Moody’s appeals finally came to a rightful end. Justice has been served,” Alabama Attorney General Steve Marshall said…………..Moody’s attorneys had appealed to the Supreme Court after Alabama’s high court denied his petition for a stay of execution #AceNewsDesk reports 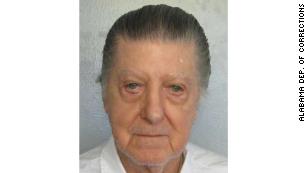 He was convicted in Alabama for sending a bomb that killed Vance, a federal appeals court judge. Moody, according to prosecutors, sought revenge on the court and the judge because they had previously refused to overturn his conviction in a 1972 bomb possession case: He also was convicted in federal court in 1991 for killing Vance and for the bombing death of Robert Robinson, an NAACP attorney in Savannah, Georgia. He was sentenced to life in prison.

Moody had maintained he was framed:

Moody turned down a final meal from the state instead eating two Philly cheese steak sandwiches and drinking two Dr Peppers during a visit with friends and attorneys at the Holman Correctional Facility in Atmore, Alabama, where he was executed.

Alabama is set to execute an 83-year-old man who was convicted for a 1989 mail bombing that killed a federal judge https://cnn.it/2qKv9fa pic.twitter.com/S0usMq9aVk: CNN’s Ariane de Vogue contributed to this report

Editor says #AceNewsDesk reports & #Brittius says are provided by Sterling Publishing & Media News and all our posts, links can be found at here Live Feeds https://acetwitternews.wordpress.com/ Ace News Services Posts https://t.me/acenewsdaily and thanks for following as always appreciate every like, reblog or retweet and free help and guidance tips on your PC software or need help & guidance from our experts AcePCHelp.WordPress.Com or you can follow our breaking news posts on AceBreakingNews.WordPress.Com or become a member on Telegram https://t.me/acebreakingnews all private chat messaging on here https://t.me/sharingandcaring