#AceNewsReport – July.28: Lawmakers in Cuba have endorsed a draft of a new constitution for the communist island nation that could, among other things, allow for the legalisation of same-sex marriage: More than 600 legislators in Cuba’s National Assembly approved the draft Sunday in Havana, according to Granma, the official newspaper of Cuba’s Communist Party #AceNewsDesk reports 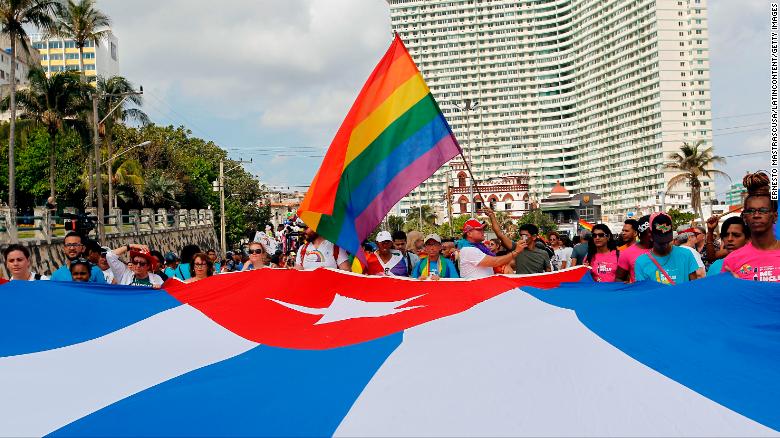 The new constitution could expand the definition of marriage to include a “union between two people.”

Here are some of the proposed changes in the new constitution

An expansion of the definition of marriage

The current constitution, written in 1976, defines marriage as “the voluntary established union between a man and a woman,” but an article in the new proposed constitution was modified and doesn’t specify the gender of individuals getting married. Instead it will say “a consensual union between two people.”

Homero Acosta, secretary of the Council of State, told lawmakers during last weekend’s hearing session that the concept of marriage has been modified to represent the future of Cuba.

“We are not the first, nor would we be (in) the vanguard in this matter because there are around 24 countries that have this concept incorporated; we could not turn our back on this issue when preparing a new constitutional project,” Acosta said during the assembly, according to Granma.

Acosta also stated that the lawmakers studied international laws to have a better understanding of human rights and prevent any form of discrimination toward the Cuban people.In addition, he argued, whoever discriminates can be punished.

“The state has to educate our people on the principles of equality, and support for the most disadvantaged, the elderly, people with disabilities. It is a principle of social justice and humanism of our system,” he said.

The senior official explained that once the constitution is ratified, lawmakers will have a year to modify aspects of the Civil and Family Code that stem from this change, including inheritance, as well as rights to adoption and assisted reproduction for same-sex couples.

Socialism with a path to owning property

Even though the draft to reform Cuba’s constitution was approved, it must pass through a popular vote.

In a process that runs from August 13 through November 15, the public can suggest changes to the proposed draft, which will then go back to the National Assembly to be rewritten andthen submitted for public approval through a nationwide referendum.

The approved draft eliminates the term “communism” and marks “socialism” as a state policy, which contradicts the current constitution that calls it a “communist society,” says Granma.

Esteban Lazo Hernández, president of the National Assembly, pointed out it is important to remember many things have changed since 1976 when the present constitution was written.

“This does not mean that we renounce our ideas, but in our vision we think of a socialist, sovereign, independent, prosperous and sustainable country,” Lazo said, Granma reported.
In April, Miguel Diaz-Canel was named Cuba’s new President to succeed Raúl Castro, and there were talks of restricting the presidency to two five-year terms, a clause that has been added to the new draft, as well as stating that the minimum age to run for the presidency should be 35 and the maximum 60.

“The new constitution will take into account all human issues and bring social justice to build a better political system for our people, and strengthen the national unity,” Diaz-Canel said, the Ministry of International Affairs reported.