#AceNewsReport – Aug.01: It said it was in the “very early” stages of the investigation and did not yet know who was behind the pages.……………….It said the creators had gone to greater lengths to hide their identities than a Russia-based campaign to disrupt the 2016 presidential vote………………It described attempts to erase election interference as an “arms race.” #AceNewsDesk reports 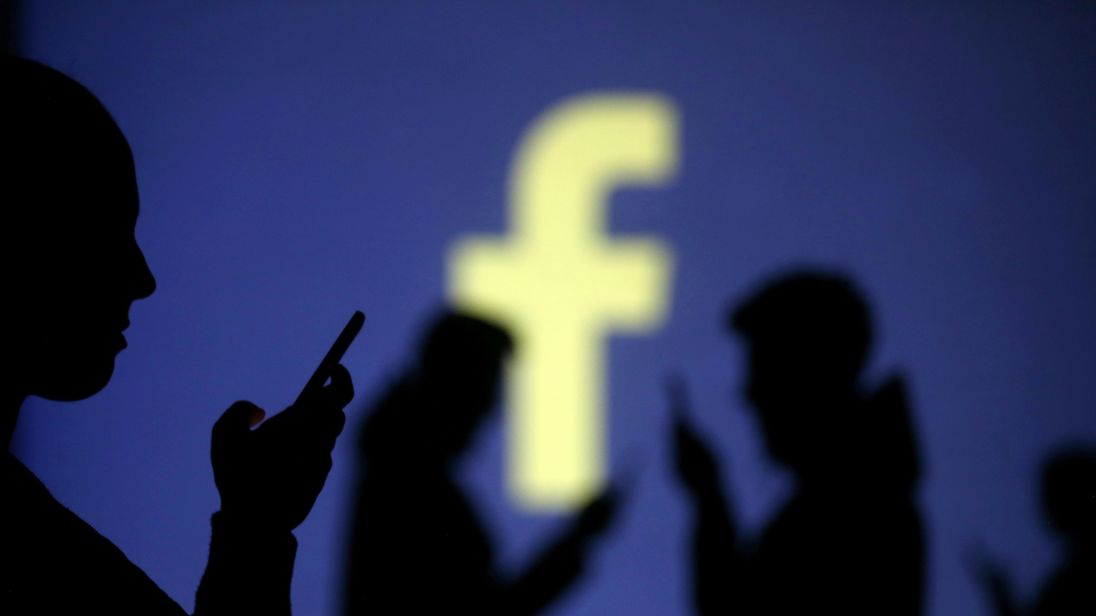 Facebook has taken down fake accounts ahead of the US midterms 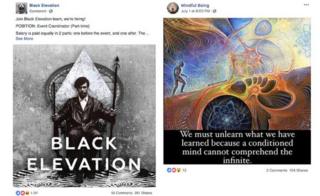 FacebookFacebook has shared some of the images posted by the accounts

In total more than 290,000 accounts followed at least one of the pages involved, it added.

The most popular fake accounts were:

The Resisters page enlisted support from real followers for an August protest in Washington against the far-right “Unite the Right” group.

I’m very concerned that Russia will be fighting very hard to have an impact on the upcoming Election. Based on the fact that no President has been tougher on Russia than me, they will be pushing very hard for the Democrats. They definitely don’t want Trump!

Citing unnamed sources, The New York Times reported that other “co-ordinated” activity revolved around #AbolishICE, a left-wing campaign against the Immigration and Customs Enforcement agency.

Facebook’s statement reads: “This kind of behaviour is not allowed on Facebook because we don’t want people or organisations creating networks of accounts to mislead others about who they are, or what they’re doing.

“We’re still in the very early stages of our investigation and don’t have all the facts – including who may be behind this.

“But we are sharing what we know today given the connection between these bad actors and protests that are planned in Washington next week.”

Facebook has uncovered attempts to influence upcoming US elections on its platforms, according to reports: SkyNews reports

The “bad actors” went to far greater lengths to cover their tracks than the Russian-based Internet Research Agency (IRA) had in the past, Facebook said.

This included using virtual private networks (VPNs) to hide their location, and using third parties to run ads on their behalf.

Furthermore, the social network said it had not found evidence of Russian IP (internet protocol) addresses.

But it did find one link between the IRA and the new accounts. One of disabled IRA accounts shared a Facebook event hosted by the Resisters page. The page also briefly listed an IRA account as one of its administrators. 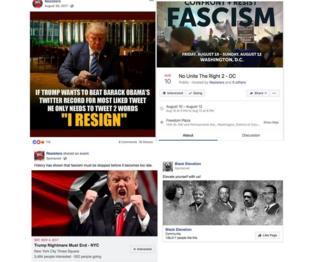 It added that it “may never be able to identify the source” for the fake accounts.

“The set of actors we see now might be the IRA with improved capabilities, or it could be a separate group,” explained Facebook’s chief security officer Alex Stamos.

“This is one of the fundamental limitations of attribution: offensive organisations improve their techniques once they have been uncovered, and it is wishful thinking to believe that we will always be able to identify persistent actors with high confidence.”

What is the company doing about it?

Facebook has removed the suspect accounts, but says other legitimate page administrators unwittingly interacted with them.

For example, after the Resisters account created a Facebook event for a protest on 10 to 12 August called “No Unite the Right 2”, five other page owners offered to co-host the demonstration and posted details about transportation and locations.

Facebook said it had contacted the admins involved and would alert the 2,600 users who had expressed interest in the event. 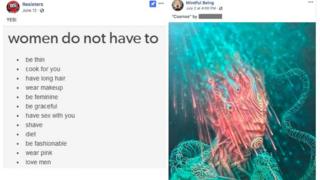 FacebookSome of the flagged posts would have been difficult for the public to identify as election interference……………………..The firm said it would also continue efforts to detect further misuses of its platform and work more closely with law enforcement and other tech firms to understand the threats faced.

How have US politicians reacted?

Democratic Senator Mark Warner, who is vice-chairman of the Senate Select Committee on Intelligence, also pointed his finger at Moscow.

“Today’s disclosure is further evidence that the Kremlin continues to exploit platforms like Facebook to sow division and spread disinformation, and I am glad that Facebook is taking some steps to pinpoint and address this activity,” he said.

Republican Senator Lindsey Graham added that he intended to pursue retaliatory measures by introducing a sanctions bill against Russia on Thursday “that has everything but the kitchen sink in it”.

“It’ll be the sanctions bill from hell. And any other country that is trying to interfere with our election should suffer the same fate.”

Senate Intelligence Committee chairman Richard Burr, a Republican, said that the operation’s apparent goal had been to “sow discord, distrust, and division in an attempt to undermine public faith in our institutions and our political system”.

Earlier in the year it promised to improve its so-far shambolic efforts at removing misinformation. It promised to hire more people, enlist outside help and work on new automated detection methods.

Today it was able to share a tangible, politician-friendly example of how those efforts came together, to quash a misinformation campaign before it apparently caused much harm.

But the future is troubling and predictable. This latest campaign was more sophisticated than anything that came before it – the use of third parties to buy advertising in the US is a difficult problem for Facebook to tackle without snarling up its ads operation.

And to state the obvious, while Facebook was able to detect this specific operation, none of us really know how big this problem is.