#AceNewsReport – Aug.07: An international canine welfare group expressed growing concerns of dog eating spreading across Europe, due to mass immigration from the Far East, where the habit is widely practised: Despite widespread revolt against the cruel behaviour across the UK, killing dogs or consuming their meat is still considered legal in Britain #AceNewsDesk reports

On 21 June, China celebrates its annual dog meat festival in Yulin, where over 10,000 dogs area eaten – many of them stolen and strays. 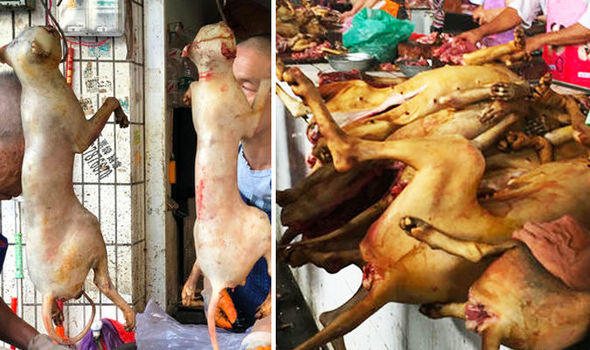 Next month, the US Congress aims to enact a total ban on the import, trade and consumption of dog meat, following fears that the practise is also rising in America: Last night, several senior MPs voiced their concerns over the rise in dog eating across the UK, urging Mrs May to follow US’s footsteps and implement a ban to the trade.

Mr Duncan, dog lover and owner of a prize-winning cockapoo named Noodle, declared a full ban against dog eating is “absolutely right”………………….He said: “There is no need in the modern world for this disgusting habit. We should nip it in the bud now to make sure the practice never takes off here.

“A civilised country is decent to animals, so let’s be fully decent here.”

The animals are inhumanely slaughtered using clubs or beaten to death, and then sold to locals who believe their meat is benefical for the body and good for their health…………………..Thousands of locals flock to the event ever year to celebrate the summer solstice, buying, selling and trading dog meat……………..In Autumn, the World Dog Alliance will launch a nationwide campaign, urging Whitehall to implement a full ban against the trade and consumption of dog meat in Britain……………The WDA’s Kike Yuen told The Sun: “In the US, people who eat dog meat are mainly immigrants from Asia. With three million immigrants from East Asia in the UK, we cannot deny this situation exists here too. 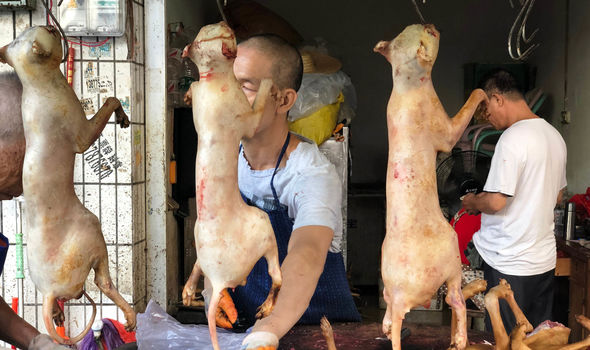 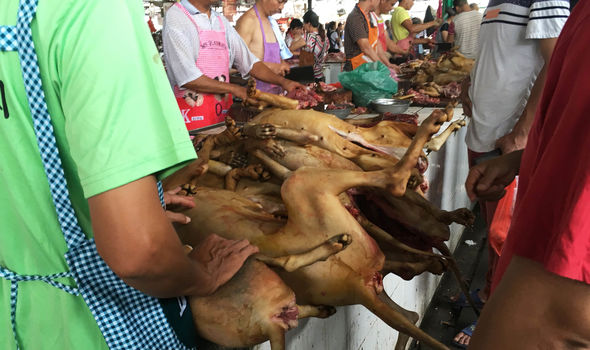 Most of the dogs are stolen or strays, and are tortured to death (Image: GETTY)

“We also believe legislation against dog meat in UK would provide us with strength to continue our work in Asia, as the UK could influence other countries to stop dog meat consumption.

“Most of them usually refused to do so with the excuse that there is no such law in Western countries”.

The chair of the All-party Parliamentary Dog Advisory Welfare Group Lisa Cameron MP told the Sun: “I very much support a ban on dog meat consumption in the UK, and urge the Government to look at this as a matter of urgency……………………”We must be culturally sensitive, but I do not believe the general public would approve of the practice at all.” 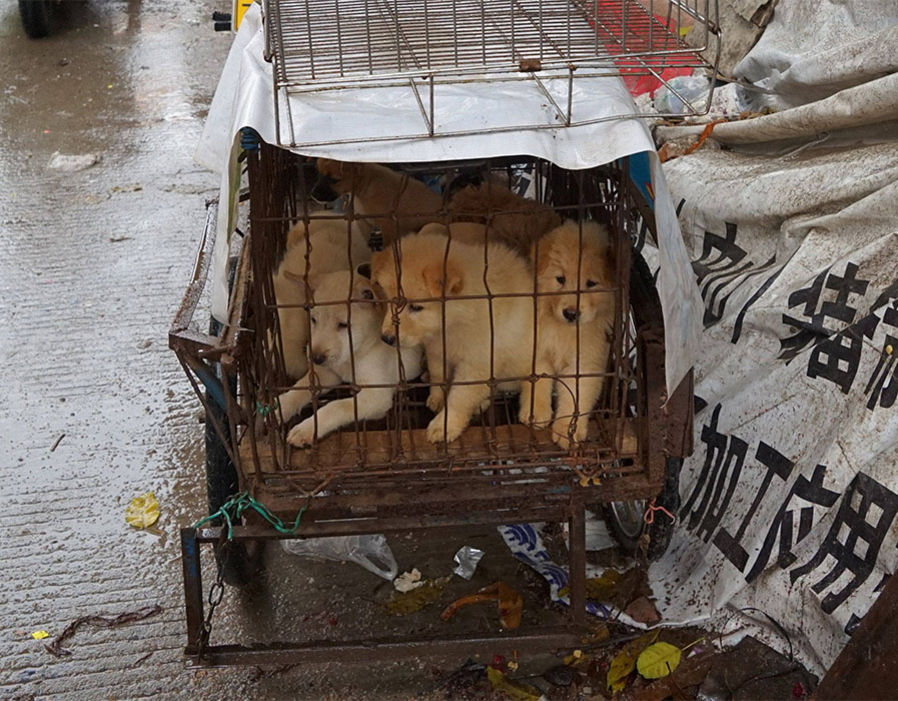 Puppies are seen in a cage at a dog meat market in Yulin, in China’s southern Guangxi region

The SNP MP added: “Dogs are sentient beings and we value them very highly as pets. The last thing we want is dog farms here”……………….In Asia, approximately 30 millions dogs are slaughtered per year for consumption, with many dubbing dog meat as a delicacy and health tonic………………..Dog eating is common in countries such as China, Philippines, Indonesia, Thailand, Laos, Vietnam and Cambodia……………..In China, 20 percent of the population eat dog meat while 60 percent of South Korea consumes the meat, with 5 million dogs slaughtered per year to cater to the staggering demand.