#AceNewsReport – Aug.21: The US Marshals Service is offering $20,000 for information leading to Christy’s arrest. Christy has been wanted on a June 19 federal warrant, accused of posting threats on Facebook against the President and Northampton County District Attorney John Morganelli: According to officials, Christy posted, “Keep it up Morganelli, I promise I’ll put a bullet in your head as soon as I put one in the head of President Donald J. Trump.” #AceNewsDesk reports 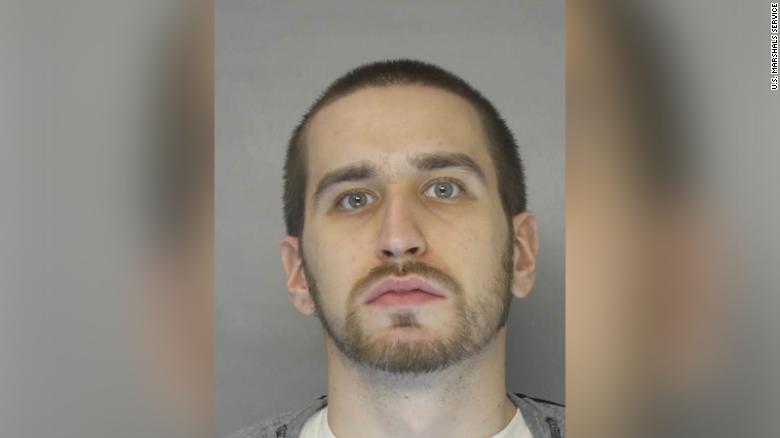 Shawn Richard Christy, 27, is on the run after making threats against President Trump last month according to the U.S. Marshals.

Christy is a 27-year-old white man who stands at 5 feet 10 inches and weighs about 160 pounds, according to a flyer released by the FBI. He has short dark blond hair, a large tattoo on his right upper arm of a “pointed cross and barbed wire,” and speaks with a distinct lisp: Kentucky State Police said that upon reviewing surveillance footage it appears on Aug. 9 Christy stole a green 2001 Jeep Grand Cherokee with a black hood from the residence of Timothy Gilliam. Gilliam is the brother of Dakota Meyer, a Medal of Honor recipient and former husband of Bristol Palin.

Christy could be driving another stolen vehicle at this point, according to authorities

Christy is also wanted on Pennsylvania state warrants for “burglary, probation violation, and failure to appear for an aggravated assault case,” according to the marshals, and threatened to use “full lethal force on any law enforcement officer that tries to detain me.”

The FBI, US Secret Service and US Marshals Service are seeking the public’s assistance in locating Christy, who is armed and dangerous and should not be approached. Officials ask anyone with information regarding Christy’s whereabouts call the US Marshals at 1-877-WANTED-2 (1-877-926-8332). Additional reporting https://cnn.it/2N44nHK pic.twitter.com/AgsJuSeHfz