#AceNewsReport – Oct.24: The 18 October article in the Folha de São Paulo claimed that businessmen have been illegally funding a WhatsApp disinformation campaign designed to get Brazilians to vote for Bolsonaro in the presidential election, the second round of which is to be held on 28 October: According to the report, WhatsApp has been used to bombard voters with millions of automated messages, most of them smearing the Workers’ Party and its candidate, Fernando Haddad. Such private sector funding of an election campaign is illegal in Brazil and the country’s electoral tribunal, the TSE, has opened an investigation #AceNewsDesk reports

WhatsApp, which had already used spam detection software to delete thousands of accounts suspected of spreading false information during the campaign, announced that it had launched an internal investigation and was ready to take “all necessary legal measures” to prevent the automated spread of misinformation: Dubbed “Bolsonaro’s No. 2 account,” the affair has had a big impact in Brazil, angering Bolsonaro and his supporters. “The Folha de São Paulois Brazil’s biggest fake news source,” the candidate said in a video sent to his supporters on 22 October. Addressing the newspaper, he added: “You won’t get any more government advertising if I’m elected (…) Venal press, my condolences.”

Patrícia Campos Mello, the veteran Folha de São Paulo reporter who wrote the story, has been attacked and threatened on social networks by Bolsonaro’s supporters and forced to block public access to her Twitter account. She also received anonymous calls threatening her and her family.

“These attacks by presidential candidate Jair Bolsonaro and his supporters against the Folha de São Paulo are unacceptable and unworthy of a party that wants to govern the country,” said Emmanuel Colombié, the head of RSF’s Latin America bureau. “We back Patrícia Campos Mello and all the other Brazilian journalists whose work during this turbulent period is essential.”

In an 18 October press release, RSF condemned the climate of hatred and repeated attacks against journalists and fact-checkers during the election campaign, and highlighted the dangers that a Bolsonaro victory would represent for democracy and press freedom in Brazil: Two other recent events illustrate the extreme tension and difficulties of covering the political situation in Brazil. On 20 October, the São Paulo journalists’ union condemned the pressure being put on journalists working for Record, a leading media conglomerate owned by Edir Macedo, an evangelical pastor and billionaire who openly supports Bolsonaro.

According to the union, Record’s journalists are being subjected to “permanent pressure by their management so that their coverage favours the candidate Jair Bolsonaro and hurts the candidate Fernando Haddad.”

On 21st October, the Rio de Janeiro electoral tribunal ordered the confiscation of thousands of copies of a special election issue of the newspaper Brasil de Fato: The judge who issued the order said the issue “clearly aims to provide electoral propaganda in favour of the candidate Fernando Haddad (…) while containing pejorative content about his opponent, Jair Bolsonaro.” 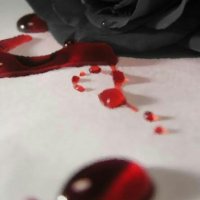