#AceNewsReport – Apr.07: Dozens of people have been killed as towns and villages are evacuated in Iran because of rising floodwaters: Authorities have estimated 70 people are dead after major flooding in the west of the country: Six more towns – including Susangerd, which has a population of about 50,000 people – were being uprooted, with residents moved to safer areas. 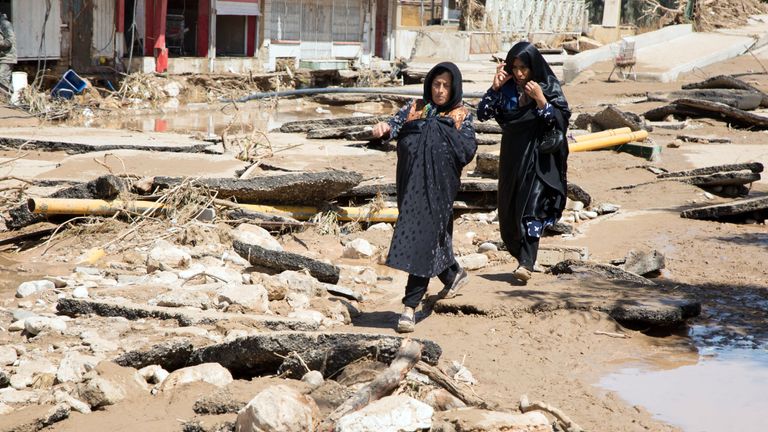 Mass evacuations have taken place in Iran: Gholamreza Shariati, governor of Khuzestan, told local media that rescue teams were taking residents in the six towns to nearby shelters, including three army barracks………He said: “An evacuation order has been issued and we are recommending women and children to leave but we are asking the men and youth to stay and help us build floodwalls so we can keep the water out of these cities………“The inflow into the Karkheh river dam has been high and officials have had to release more water as the dam was approaching its full capacity.” ……………He said the flooding was the worst seen in 70 years. 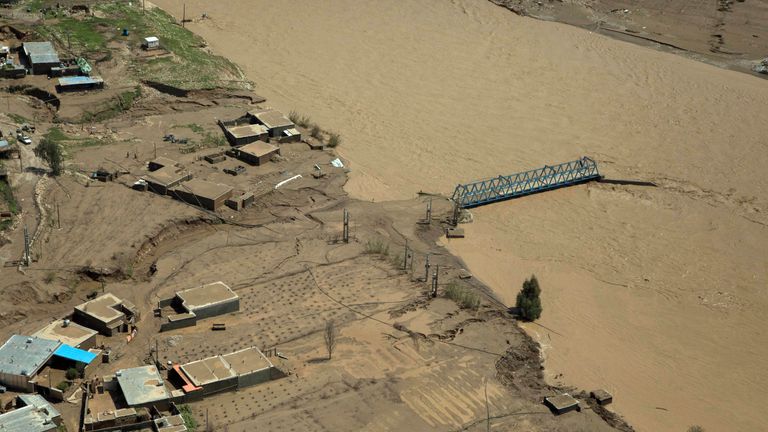 Poldokhtar in the Lorestan province, which has been flooded for several days: More rain and floods are expected after several days of heavy downpours in the region……..Some villages are threatened with landslides because of the flooding………..Mr Shariati said emergency discharges from damns and reservoirs were adding to the high floodwaters, but it was essential to stop the dams overflowing. Iranians carry furniture in a flooded street in the city of Poldokhta: Iraq closed the al Sheeb border crossing with Iran to travellers and trade due to floods, security sources told Reuters………….Interior minister Abdolreza Rahmani Fazi said about 400,000 people are at risk. There are about five million people living in the province………….According to Reuters, 1,900 towns and villages have been affected by flood since the rains began on 19 March. Makeshift camps are set up for those who have left their towns: Aid agencies have struggled to cope, and 86,000 people are living in emergency shelters……..Major cities have not yet been evacuated, including Ahvaz, the capital, which is home to 1.7 million people…………There have been no reports of damage to the province’s petroleum facilities, which account for about 80% of Iran’s oil production………….The government has deployed mobile medical units to the affected areas. About 1,000 people have been airlifted to safety in recent days. 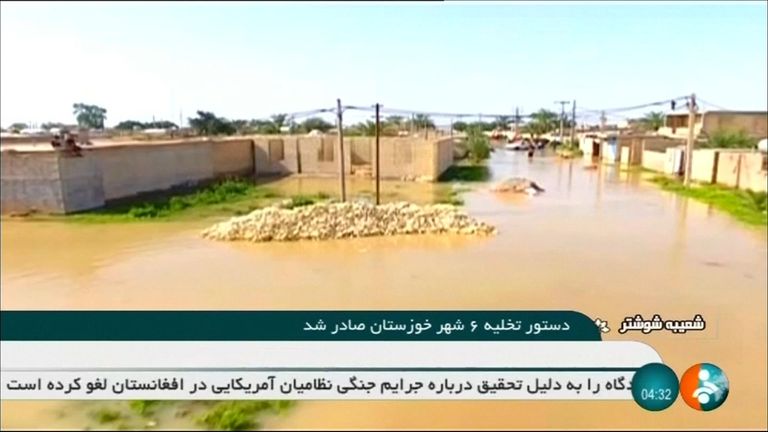 About 70 people have died in the floods: The head of Iran’s Revolutionary Guards said the armed forces were “using all their power” to minimise the dangers………Citizens including flood-affected farmers will have their losses compensated by the government. Early estimates of the damage to the agriculture sector were put at 47 trillion rials (£268m)………….Iran’s president Hassan Rouhani said earlier this week that sanctions were hampering aid efforts.

France said on Friday it would airlift 12 tonnes of humanitarian aid to flood-hit regions.