#AceNewsReport – Apr.19: Investigators said Ftouhi wanted to stab Neville, take his gun and start shooting people in the airport: He legally drove into the U.S. at Champlain, New York, and arrived in Flint five days later. He tried but failed to buy a gun at a gun show and instead bought a large knife: During Thursday’s sentencing, Ftouhi told the judge that he “regretted he did not get a machine gun” and regretted he did not “kill that cop.” ……….He also asked for a life sentence and said he had jihad in his heart and blood and didn’t kill enough people………….“Prosecutors have said he told investigators his ‘mission was to kill and be killed.” 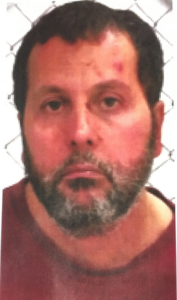 Ftouhi is a native of Tunisia who moved to Canada in 2007: He had a degree in sociology, worked in insurance and had no indications of being radicalised until the attack in Flint…………….Prosecutors have said he told investigators his “mission was to kill and be killed.”

His defense lawyer, Joan Morgan, said Ftouhi wasn’t attempting to create mass casualties and wanted to be killed so his family could collect life insurance and so he could become a martyr….

Neville, who was on duty at the airport, when he was approached from behind by Ftouhi and had his throat slashed….