#AceNewsReport – May.17: Yusuf Abdi Ali, “an alleged Somali war criminal accused of burning men alive and shooting a captor five times at point-blank range”, yet still, “Uber and Lyft approved him to drive”………….There has been first hand accounts and media investigations authenticating the identity of Ali. His passengers were at serious risk because with that kind of background, no one knows what could provoke an unleashing.

The case of Ali, Uber and Lyft is an extraordinary embarrassment to the FBI and Transportation Security Administration who did background checks but no one in those organisations considered doing a simple online search: Western criminals who have gone through the court system and convicted have actually committed far lesser atrocities than jihadists overall, but yet remain behind bars (as they should be). Unfortunately, jihadists are walking free among us.

While media accounts do not confirm specifically that Yusuf Abdi Ali was a jihadist, given the history and demographics of Somalia, it is safe to say that he is. Unique about Somalia is the fact that it was an Islamic country for the past 1,400 years and some 99% of the population is Muslim: It is also a country that has been savaged by civil wars for the better part of the last several decades. Yusuf Abdi Ali is described as a rebel in the late 80’s, of which Somalia was under the leadership of Mohamed Siad Barre. Barre was overthrown during a bloody civil war in 1991, a war that Ali was engaged in as a rebel. Barre represented a scientific socialism brand of Islam, which angered many Islamic splinter groups that deemed Barre’s Islam to be a breakaway from Islamic orthodoxy. One can now see the resulting deterioration of Somalia–which by the way is blamed on colonialism. Somalia is now a cesspool of of jihadist groups, seeking dominance. The best known jihadi group is al-Shabaab, which declared allegiance to al-Qaeda in 2012.

“He caught my brother. He tied him to a military vehicle and dragged him behind,” one witness to Ali’s alleged atrocities in Somalia said in a 1992 documentary produced by the Canadian Broadcasting Corp. “He shredded him into pieces.” Another witness said, “Two men were caught, tied to a tree. Oil was poured on them and they were burnt alive. I saw it with my own eyes.”

Ali’s case represents the dilemma in identifying peaceful civilians from gross enemy combatants within Western borders, of which the latter is infiltrated by enemy combatants–a development unaddressed by the outdated Geneva Convention: It is disturbing to think that one’s Uber driver may well be a mass murderer and has tortured innocents. So-called populist countries such as Hungary and Italy have been responsible enough to secure their borders to keep out enemy combatants (jihadists) while globalists seek open borders, despite the threats to public safety and to their constitutions. 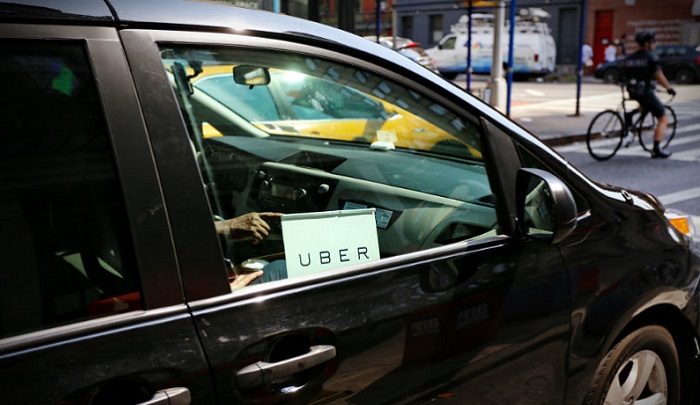 “Uber driver accused of being a Somali war criminal”, by Lia Eustachewich, New York Post, May 15, 2019:

Yusuf Abdi Ali, a military commander in Somalia’s brutal civil war during the 1980s, has racked up a stellar 4.89 “Uber Pro Diamond” rating while driving through the Virginia suburbs over the past 18 months, CNN reported on Wednesday.

“I do this full-time,” Ali told an undercover reporter from the network, before bragging about how easy it was to get the gig. “They just want your background check, that’s it.
“If you apply tonight, maybe after two days it will come.”

Ali, who also formerly drove for Lyft, apparently slipped through cracks in the ride-share giants’ screening system because he has never been convicted of a crime — but a cursory online search of his name would have revealed abundant information on his alleged dark past.

“He caught my brother. He tied him to a military vehicle and dragged him behind,” one witness to Ali’s alleged atrocities in Somalia said in a 1992 documentary produced by the Canadian Broadcasting Corp. “He shredded him into pieces.”

Another witness said, “Two men were caught, tied to a tree. Oil was poured on them and they were burnt alive. I saw it with my own eyes.”

Ali — also known as Colonel Tukeh, or “the crow” — is additionally now the defendant in a federal lawsuit filed in Virginia by one of his alleged surviving victims.

Farhan Warfaa claims in that filing that Ali and his men, armed with AK-47s, abducted him and others from their village in the dead of night in 1987 on suspicion of helping Somali rebels steal a water tanker.

Warfaa said he and his group were held in a windowless cell and tortured for months.

One night in 1988, Ali was again interrogating Warfaa when rebels raided the base, the suit claims.

Ali purportedly took out his pistol, shot Warfaa five times and, believing he was dead, ordered his bodyguards to bury him, court filings say. Only Warfaa survived, and his family bribed Ali’s henchmen to let him go, according to the suit.

Ali has consistently denied the heinous allegations against him — including in 2016, when CNN first found him working security at Dulles International Airport outside Washington, DC.

Ali, who is in the United States legally on a visa through his Somali wife’s citizenship, cleared an FBI background check and a Transportation Security Administration assessment to get the Dulles job but was sidelined in the wake of the CNN report…. 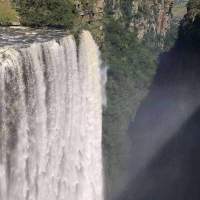 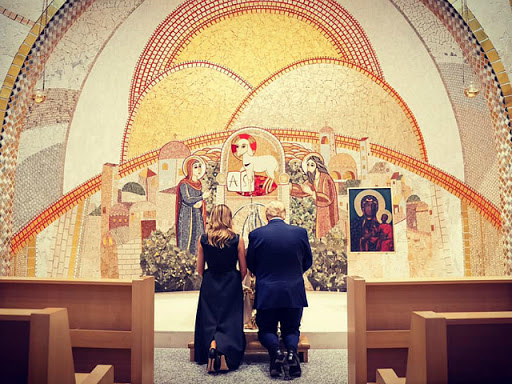