#AceNewsReport – May.23: But he did not appear on the screen and a dock officer confirmed he had refused to leave his cell: Two weeks ago McCann was visited by Chief Magistrate Emma Arbuthnot in jail, conducting a hearing in Belmarsh after McCann refused to appear in court MailOnline reported. 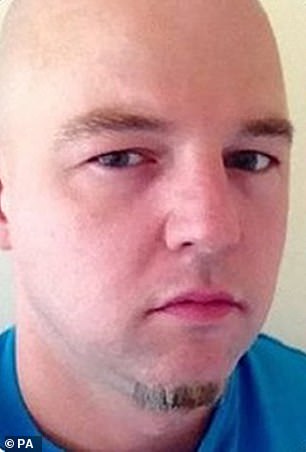 Joseph McCann, 34, did not appear at the Old Bailey today and a dock officer confirmed he had refused to leave his cell

Today at the Central Criminal Court, Mr Justice Edis said that, unlike in the magistrates’ court, the defendant’s presence was not required for the hearing to go ahead: He indicated that McCann should be informed that, if he chose not to attend his trial, it would happen in his absence.

The senior judge set a provisional six-week trial at the Old Bailey to start on November 11 and a plea hearing on July 26.: Even though he was not present, McCann was represented in court by a defence lawyer.

McCann is charged with 21 offences against eight alleged victims, aged between 11 and 71, across five police force areas over a two-week period between April 21 and May 5:

During one alleged incident, McCann, from Aylesbury, Buckinghamshire, is said to have tied a woman up in her own home and committed sexual offences, including rape, against her 17-year-old daughter and 11-year-old son: McCann was arrested near Congleton, Cheshire, just over two weeks after he is alleged to have abducted a woman in her 20s in Watford before raping her in her home.

Two other women, who are in their 20s, were allegedly separately snatched off streets in Chingford and Edgware, London, on April 25 before being raped in a car:

A string of other alleged offences are said to have occurred in Lancashire and Greater Manchester on May 5, including the rape of a 71-year-old woman and the sexual assault of a 13-year-old girl.