#AceNewsReport – May.31: A most welcome precedent that should be replicated accordingly in every Western country by victims of jihadists and islamic supremacists: Members of the Yazidi minority in Germany are taking the federal government to court. They say Berlin isn’t doing enough to bring German “#IslamicState” supporters captured in Syria to justice. 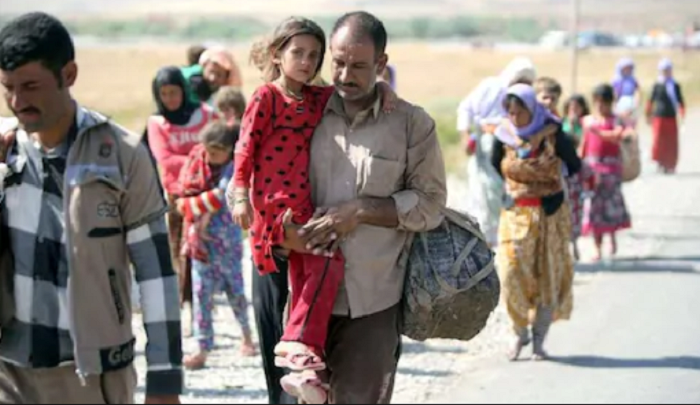 “Germany is failing to prosecute IS foreign fighters, Yazidis accuse”, DW News, May 30, 2019:

The Yazidi Women’s Council has filed a lawsuit against Germany’s justice and interior ministers, alleging obstruction of justice, according to German media reports: The interest group accuses the government of failing to prosecute German supporters of the “Islamic State” (IS) militia who are being held by Kurdish-led forces in northern Syria.

Hundreds of IS foreign fighters and their families are in Kurdish custody: The question of how they should be dealt with is a difficult problem that many European countries, including Germany, are grappling with.

Dozens of Germans in Kurdish detention: According to information cited by public broadcasters NDR and WDR, there are at least 74 German IS supporters currently in Kurdish custody in Syria.

The Federal Prosecutor’s Office has arrest warrants for 21 of those individuals on charges ranging from support of a terrorist organisation to committing war crimes….