#AceNewsReport – Jun.04: A 29-year-old Senegalese man who attended the mosque where the imam preaches also stood trial: He was given nine months in jail and was banned from visiting Nord and Pas-de-Calais for three years: The imam, who has not been named in French media, fainted upon hearing his sentence: The men admitted providing six or seven dinghies after they were arrested in April, French newspaper Le Figaro reported. 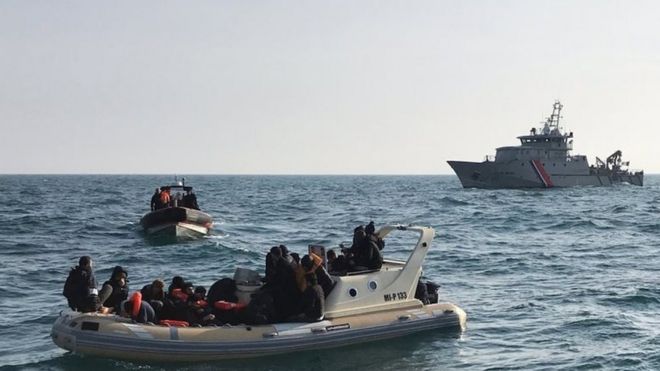 AFP: The has been a recent rise in the number of migrants attempting to reach Britain from across the English Channel

BBC News reported: The investigation started in late March when life jackets, wet pullovers and a rubber dinghy were discovered on a beach in northern France: According to the prosecution, the imam was in contact with organised gangs of traffickers and took a commission on the sale of each boat.

The imam claimed he visited a shop in Deulemont, on the border with Belgium, to purchase dinghies for a person he identified only as Kamal: Both defendants claimed they only realised later that the boats were being used for illegal Channel crossings…………..”When I learnt that, I thought of the children on board and I told myself there could have been deaths,” the Senegalese man told the court: The imam said he was “ashamed”.

Prosecutors said their explanations “did not reflect reality” and that the Iranian national was often in the areas where the boats were discovered: There has been a recent spike in the number of migrants trying to cross the Channel in boats, despite the risk of dangerous currents, cold waters and collisions.