#AceNewsReport – June.13: A 50-year-old woman infected with Ebola has died in western Uganda, a day after her five-year-old grandson died: They are the first two cases reported in the country since the virus spread from neighbouring Democratic Republic of Congo, where nearly 1,400 people have died: Three suspected Ebola patients have also run away from an isolation centre: The head of a major medical charity has called the latest outbreak of Ebola in central Africa “truly frightening” BBC News reported. 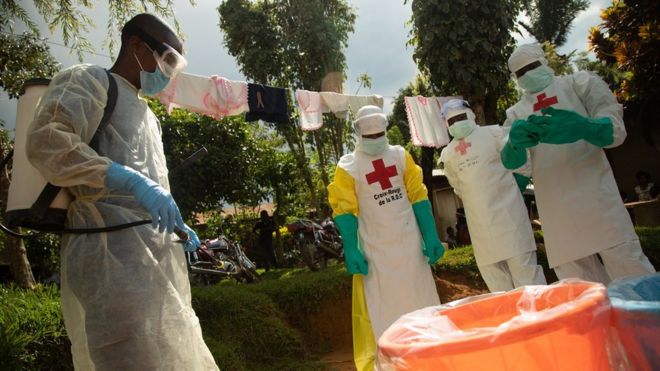 Dr Jeremy Farrar, the director of the Wellcome Trust, said the epidemic was the worst since that of 2013-16 and has showed “no sign of stopping”.

On Friday the World Health Organization (WHO) will decide whether the outbreak should now be deemed a public health emergency: Ebola outbreak ‘not global emergency yet’

The grandmother and grandson are said to have travelled across the border to DR Congo on Sunday, where they are suspected to have contracted the virus from an elderly male relative who later died: Seven of their relatives in Uganda are now in isolation because health officials fear they could be infected.

At present there is one confirmed case – he is the three-year-old brother of the boy who died on Monday, and is receiving treatment close to Uganda’s border with DR Congo: On Friday, the Ebola trial vaccine will be given to health workers as well as 50 Ugandans identified as having made contact with confirmed cases.

In a statement, Dr Farrar said the spread was “tragic but unfortunately not surprising”. He warned that more cases were expected, and a “full” national and international response would be needed to protect lives. 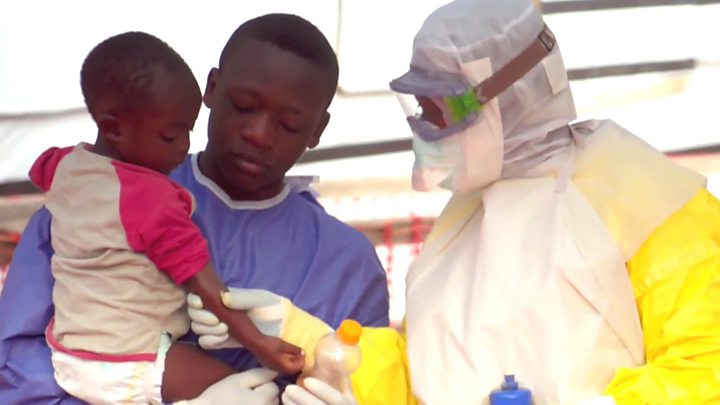 In Uganda, mass gatherings including market days and prayers have been cancelled: Market days in the town of Kasese attract an estimated 20,000 people at the border area: Uganda’s health ministry and the WHO said a rapid response team had been dispatched to identify others at risk…………….The country has already vaccinated about 4,700 health workers against the disease, according to a joint statement by WHO and Ugandan health officials: Ebola disbelief widespread in Congo hotspots

Since the first case of Ebola in DR Congo last August, nearly 1,400 people have died – around 70% of all those infected: The outbreak is the second-largest in the history of the disease, with a significant spike in new cases in recent weeks…………….Only once before has an outbreak continued to grow more than eight months after it began – that was the epidemic in West Africa between 2013-16, which killed 11,310 people.

Efforts to contain the spread have been hindered by militia group violence and by suspicion towards foreign medical assistance: Nearly 200 health facilities have been attacked in DR Congo this year, forcing health workers to suspend or delay vaccinations and treatments. In February, medical charity Médecins Sans Frontières (MSF) put its activities on hold in Butembo and Katwa – two eastern cities in the outbreak’s epicentre.