#AceNewsReport – June.14: Austrian government plans to shut down a Saudi Arabian-founded centre for religious dialogue in Vienna in an attempt to prevent the execution of teenager Murtaja Qureiris: Qureiris, who was 13 when he was arrested after taking part in a bike protest during the 2011 Arab Spring, is now facing the death penalty in Saudi Arabia after being held for almost four years in pre-trial detention, as detailed in an exclusive CNN report. 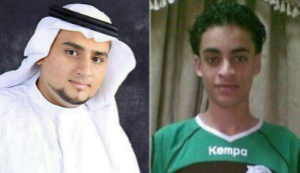 Austria’s Foreign Ministry told CNN that it is assessing “the legally necessary steps and (preparing) the implementation process.”

Austria’s Parliament passed a resolution Wednesday, which said it will “use all political and diplomatic means available to prevent the execution” of the teenager by quitting the treaty in which the King Abdullah bin Abdulaziz International Center for Inter-religious and Intercultural Dialogue (KAICIID) is based: Austria’s Foreign Ministry told CNN that it is assessing “the legally necessary steps and (preparing) the implementation process.”

The motion also calls for the withdrawal from the present agreement, which established the intergovernmental organisation in Vienna, and for the release of Qureiris, who is now 18 years old: “After the (Jamal) Khashoggi case the Saudi government has once again shown how it deals with its critics and that it doesn’t even shy away from murdering children/teenagers,” the resolution said. Saudi Arabia has denied that its leaders were involved in the death of Khashoggi, a Saudi journalist who was killed in Istanbul in October.

“The regime in Riyadh only understands a clear and precise language: no dialogue without respect for life and human decency,” it added: CNN has contacted the Saudi government for comment. Riyadh has not responded to previous requests for comment about Qureiris.

KAICIID is an intergovernmental organization whose mandate is to promote the use of dialogue globally to prevent and resolve conflict to enhance understanding and cooperation. Its founding members were Saudi Arabia, Austria and Spain, and the Holy See is a founding observer: In a statement on its website, KAICIID said it was concerned by the recent move. “KAICIID is not an embassy, or NGO, or in any way the policy arm of any state, including Saudi Arabia. It is not a sinister extension of any state’s influence or strategies,” it wrote: “As the Austrian political scene becomes more heated ahead of impending elections, KAICIID is all too easily inserted into political and social narratives that are completely divorced from its status and mission.”

In April, Saudi Arabia announced it had executed 37 men who, according to rights group Reprieve, were mostly from the kingdom’s Shia minority: The country has one of the highest rates of execution in the world, and has frequently been criticised by rights groups for executing people who were minors at the time of the alleged crimes.

Qureiris was 10 years old when he committed at least one of the alleged acts in his charge sheet, CNN has learned: He was charged with accompanying his activist brother, Ali Qureiris, on a motorcycle ride to a police station in the eastern Saudi city of Awamiya, where Ali allegedly threw Molotov cocktails at the facility.

A UN Working Group believes that the minor had been tortured, his confessions “extracted” and that his arrest was arbitrary.