#AceNewsReport – June.23: The Islamic State has long found successes in infiltrating Western countries through open borders so this latest news “leaked” by French media should come as no surprise. Any and everyone can infiltrate lax and porous borders: Open borders is akin to removing all doors from homes in a dangerous neighborhood. Responsible leaders who aim to protect their countries’ borders are branded “racists” and “Islamophobes”. This labeling is nothing more than stealth jihadist propaganda, intended to intimidate weak Westerners and assist in the Islamisation of Western countries, deemed to be Houses of War.

The thought of jihadists working in police departments, emergency services, airports, hospitals, transportation systems should be enough shock to awake sleeping leaders to the truth that they are in gross neglect of duty in not confronting this advancing war against the West by jihadis: The public is in danger and it is Western leaders to blame. Their own personal fear about being called an “islamophobe” is more important to them than the public who they claim to serve. Jihadists have long documented and repeated what their intentions are, despite their taqiyya operations of denial while they are actively engaged in subjugating the West. 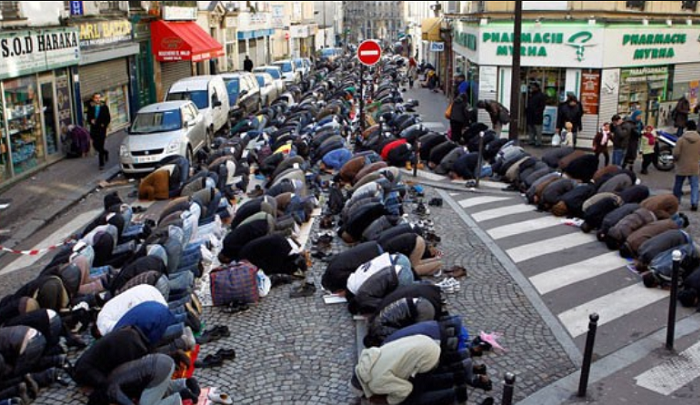 French media have leaked details from a report on Islamic extremism within the French public service, claiming that many in the public sector are concerned about Islamist infiltration: The new report, which has been compiled by MPs Éric Diard of the conservative Republicans and Éric Poulliat of President Emmanuel Macron’s La République En Marche! (LREM/Republic on the Move), questioned senior officials, researchers, and workers such as police and firefighters about Islamic radicalisation.

According to leaked information from the report given to French news magazine Le Point, many of those interviewed by the MPs expressed concern over the issue, with one of the most poignant stories coming from a trade unionist from the RATP, the company in charge of the public transportation system in Paris. The trade unionist claimed that “premises are forbidden to women in terminals” and added that “practising Muslims are targeting non-practising female believers”.

Police also said that they had difficulty dealing with radicalised officers after they were discovered, citing a lack of legislation to help them dismiss those found to be radicalised.

Last year, it was revealed that a police officer in charge of the security for the staff of the satirical Charlie Hebdo magazine may have become radicalised after viewing radical Islamist material.

In January 2015, the offices of Charlie Hebdo were attacked by radical Islamic terrorists who killed 12 people, the majority of the victims being staff at the magazine…..