#AceNewsReport – June.28: Firefighters in Spain are battling a major wildfire that probably started after a heap of manure self-ignited amid the intense European heat wave: Around 10,000 acres of forest and other vegetation were affected by the blaze near Tarragona in the country’s north-east, according to the Catalan regional government. 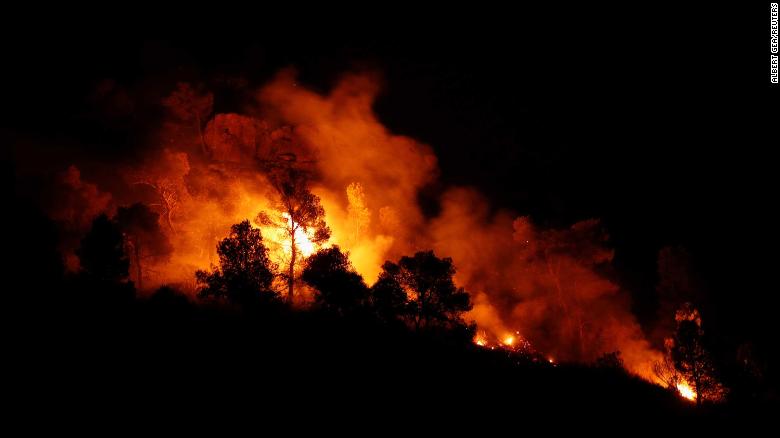 Trees burn during the forest fire west of Tarragona on June 27.

Authorities said the fire likely began when an “improperly managed” pile of manure self-combusted in the heat, causing sparks: Spontaneous ignitions can occur when flammable materials, such as piles of hay, compost or manure heat up to a temperature high enough to cause combustion, according to the US National Park Service. 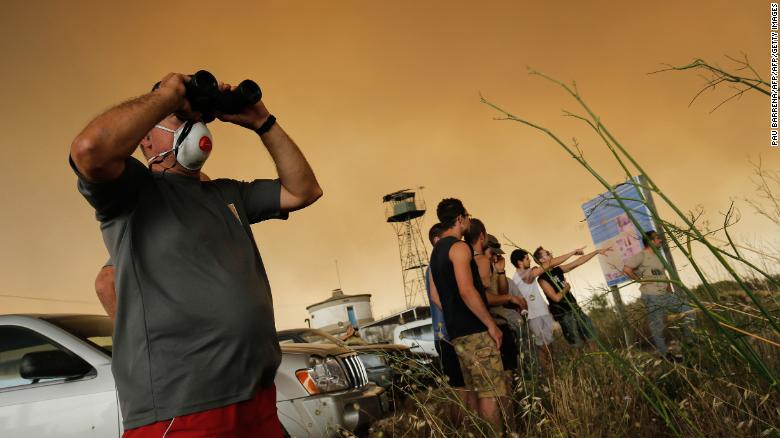 Residents gather to observe a forest fire raging near Maials in the northeastern region of Catalonia on June 27, 2019.

As of early afternoon, the fire was still not under control and 53 people have been evacuated from the area: The Catalan fire brigade said around 350 fire crew, 12 fire engines and a number of vehicles with large water tanks were at the scene: Seven aircraft, two hydroplanes and heavy machinery were also deployed, the fire service said: Locals were advised to stay indoors and keep their windows shut to avoid inhaling smoke. 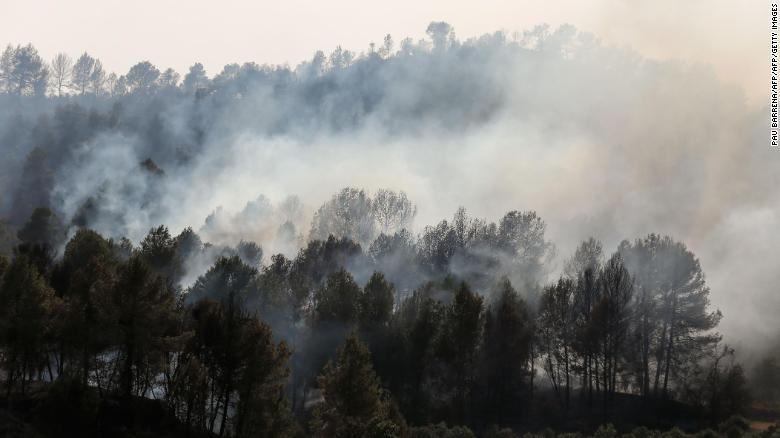 Smoke billows from a forest fire raging near Flix in the northeastern region of Catalonia on June 27, 2019.

The firefighters said the blaze is one of the worst in Catalonia in the last 20 years: They warned it could spread to as much as two times its current area because of the harsh weather conditions and tough local terrain, which includes steep slopes and deep ridges: The Catalan government said that while temperatures are forecast to rise again on Thursday, the strong winds that helped the fire spread quickly late on Wednesday are expected to ease.