#AceNewsReport – July.02: Haider Ahmed, bought a 15-inch hunting knife for £25 and had it delivered to his parents’ home in Surrey where he was living: He was prosecuted by the CPS Counter Terrorism Division who said Ahmed had viewed violent propaganda videos to prepare for an attack.

The videos included a Daesh-produced film he downloaded in June 2017 showing how to carry out a so-called “lone wolf” attack: It featured advice on where to stab someone and gave recommendations of the type of knife to use, which turned to be similar to the one in Ahmed’s possession.

After his arrest Ahmed said he wanted the weapon because he had an interest in knives and was afraid of being hurt by a boy at his school: Police found no evidence to support that claim.Five years. And he will be out way before that: What will be done in prison to disabuse him of his jihadist sentiments? Nothing, of course: To do anything like that would be “Islamophobic.” 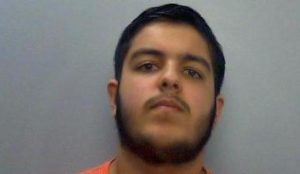 The CPS told Kingston Crown Court that Ahmed, who is now 19, had already pleaded guilty to helping a man in Nigeria get to Libya to fight for #Daesh: In April 2016, after the man arrived in Libya, he sent Ahmed photos which the teenager had requested: Ahmed told him they both dreamed of going to the area to fight but the other got there first. It showed that Ahmed also wanted to travel….