#AceNewsReport – July.08: Up to 20,000 jobs could be axed at Deutsche Bank in a radical reorganisation of Germany’s biggest bank: The investment bank is expected to be particularly hard hit, with many of the cuts set to affect London and New York: The supervisory board of Deutsche Bank is expected to approve the plan on Sunday: The reorganisation of the business follows the failure of merger talks with rival Commerzbank in April: The German government had supported the tie-up, hoping it would create a national champion in the banking industry: However, both banks concluded that the deal was too risky, fearing the costs of combining might have outweighed the benefits.

Chief executive Christian Sewing, who took on the top job just over a year ago, told shareholders at the annual general meeting in May that he would “accelerate transformation” by focusing the bank on “profitable and growing” businesses: “I can assure you: we’re prepared to make tough cutbacks,” he said.

The 20,000 job cuts would be equivalent to a fifth of the company’s global workforce: With almost 8,000 staff, London is the home of its biggest investment operations: Deutsche Bank has been struggling for years with the decline of its investment bank and has made several attempts to revamp its business: It is thought that the latest plan will be the most ambitious so far and it has already prompted the resignation of one top executive.

On Friday, the bank announced that its head of investment banking, Garth Ritchie, was leaving: Shares in the firm have fallen by a quarter over the last year. Last month they fell below €6 a share, but have recovered a little since then, and on Friday closed at €7.17. 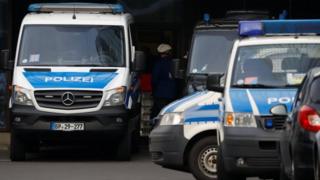 Deutsche has also been connected with another huge money-laundering scandal at Denmark’s Danske Bank: Last year Danske Bank said that it had detected billions of dollars of suspicious payments at its Estonian operation: Deutsche Bank admitted it had processed some of Danske’s Estonian transactions, but had terminated its relationship with with the bank in 2015 after “identifying suspicious activity”.