#AceNewsReport – July.08: President Donald Trump described Mr Cline, a major Republican donor, as a “great businessman and energy expert” Jim Justice, the governor of West Virginia where Mr Cline was born, described the 60-year-old tycoon as a “WV superstar” and a “wonderful” man: The billionaire, his daughter Kameron, 22, three other women and two men died in the crash on Thursday: The helicopter had been en route from Big Grand Cay, the Bahamas, to Fort Lauderdale, Florida: Its wreckage was found on the ocean floor. The cause of the crash is being investigated. 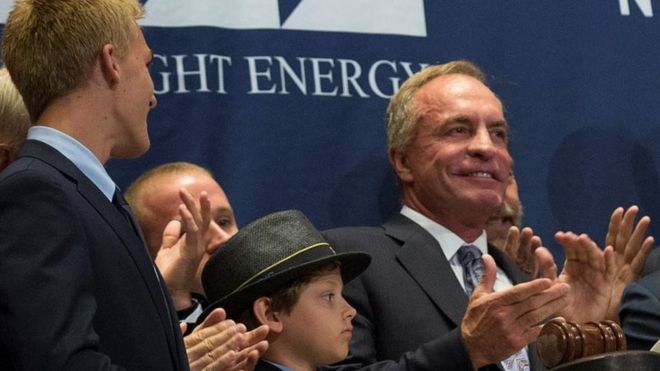 Mr Cline began working in the mines of West Virginia in his early twenties: In 1990, he set up his energy development company, the Cline Group, overseeing its rise as one of America’s top coal producers:

In 2006, Mr Cline formed Foresight Energy to manage coal rights in the Illinois Basin: He later sold most of his shares in the firm for $1.4bn (£1.1bn):

The billionaire was a major supporter of the Republican Party. He gave $1m to Mr Trump’s inauguration committee in 2017: He also donated generously to West Virginia’s Marshall University, where he studied.