#AceNewsReport – July.12: President Donald Trump has declared a state of emergency for Louisiana, where the storm is expected to make landfall: Louisiana has activated 3,000 members of the National Guard in anticipation of the destruction Barry might bring to the region, the governor said: Officials expect to issue a mandatory evacuation order Friday for everyone south of the Leon Theriot Flood Gate: And government officials are not the only ones responding to the disaster: Chef José Andrés’ nonprofit World Central Kitchen announced Thursday it is setting up kitchens in Lafayette and New Orleans ahead of the storm. 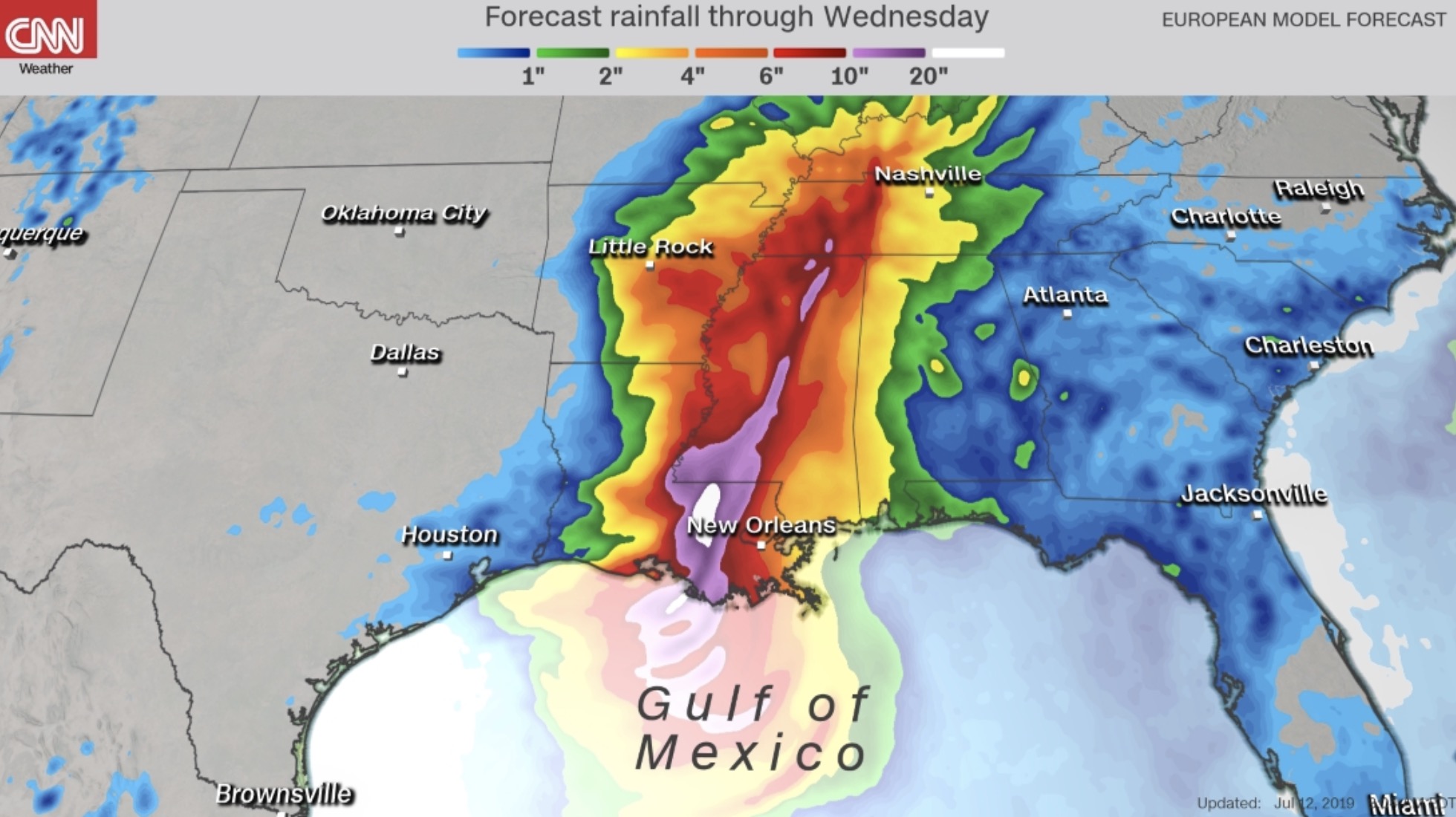 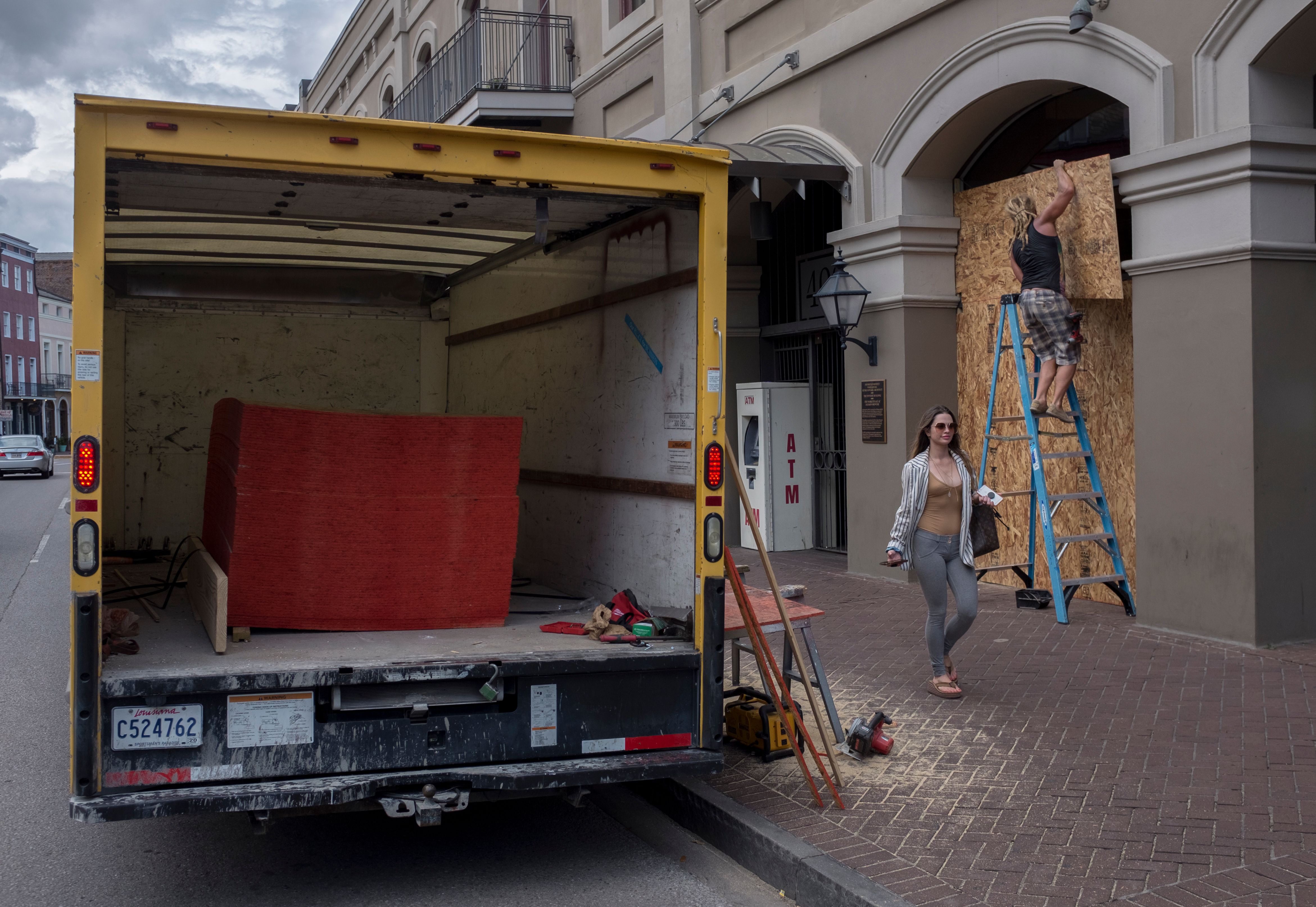 The Gulf Coast is bracing for Tropical Storm Barry 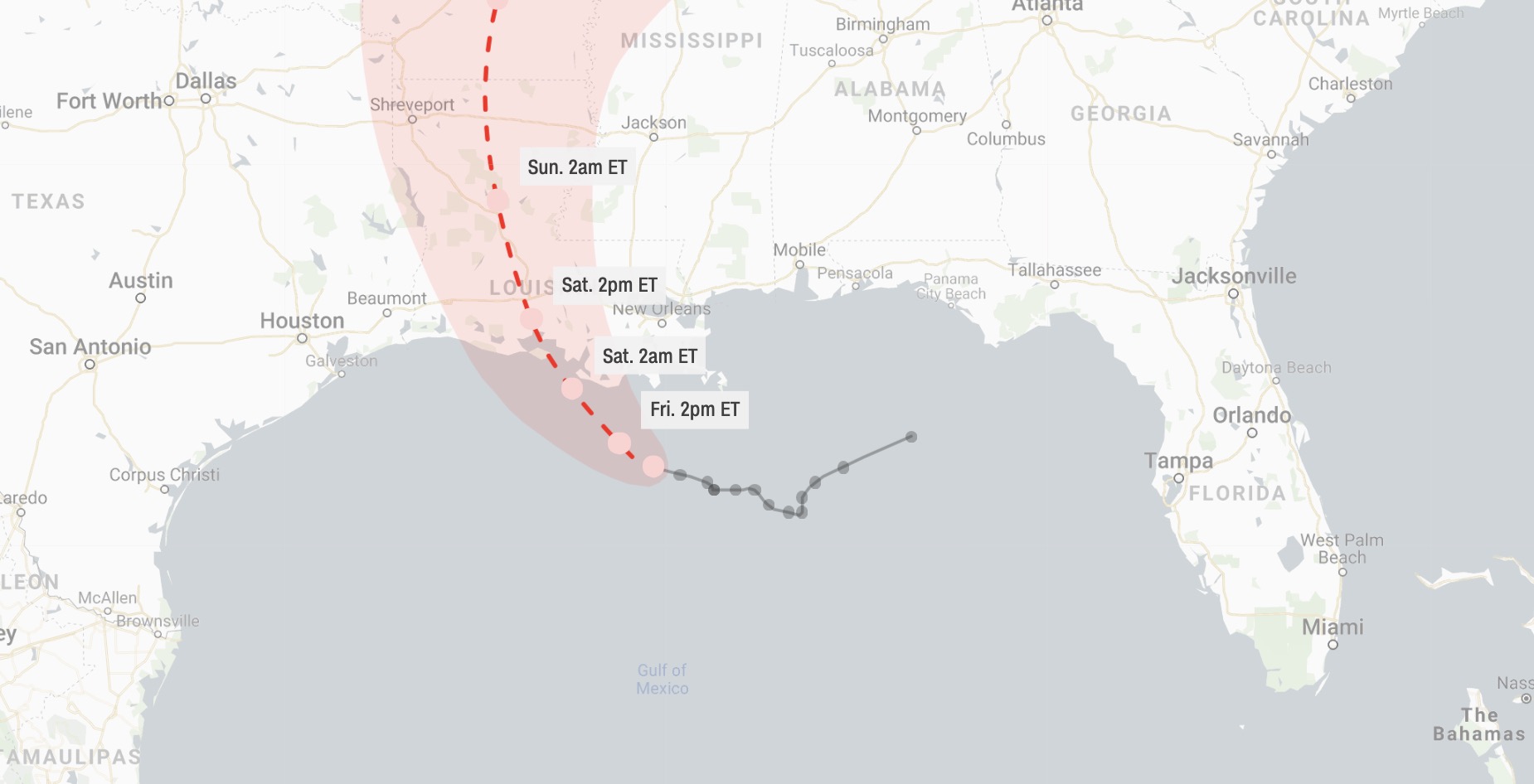 Louisiana has withstood devastating hurricanes before, but authorities are urging residents not to underestimate the danger and destruction Tropical Storm Barry threatens as it gets closer to the coast Friday: “Look, there are three ways that Louisiana floods: storm surge, high rivers, and rain. We’re going to have all three,” Gov. John Bel Edwards said.

Barry is moving through the Gulf of Mexico and is the first tropical storm to threaten the United States this year: While there is a chance it could reach hurricane level, the real threat the storm poses is rain — which could quickly turn into unprecedented flooding: It’s moving slowly through the warm waters of the Gulf of Mexico, giving it time to strengthen, and it’s expected to release large amounts of rain on the roughly 10 million people in its path.

The Mississippi River, which is usually at 6 to 8 feet around New Orleans this time of year, is at 16 feet after a year of record flooding: And 10-15 more inches of rain are on the way, CNN meteorologist Derek Van Dam said.