#AceNewsReport – July.14: Prosecutors told the five-week trial that Salah, 24, and Star, 32, were in the early stages of testing small improvised explosive devices when they were arrested in high-profile raids on their homes in a Sheffield community centre and a Chesterfield fish-and-chip shop in December 2017: But Star has always insisted that gunpowder and other items found in his flat above the chip shop were all connected to his long-standing interest in fireworks.But words like ‘ Smash his head with a rock, or slaughter him with a knife, or run him over with your car, or throw him down from a high place, or choke him, or poison him’ does not show a man using contents for fireworks #AceNewsDesk reports 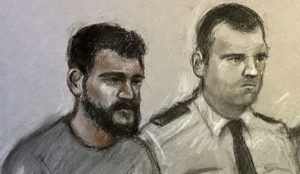 At the beginning of the trial, Miss Whyte told the jury that Salah was a supporter of Islamic State (IS), despite him being an Iraqi-Kurd – a nationality usually associated with the fight against the terror group: She said that, a week before he was arrested, Salah messaged a contact on Facebook saying: “My only attempt is to find a way to carry out martyrdom operation with cars without driver, everything is perfect only the programme is left …”

Ms Whyte QC added: “Farhad Salah had decided that improvised explosive devices could be made and used in a way here in the UK that spared his own life preferably but harmed others he considered to be infidels.”