#AceNewsReport – July.28: Editor says here’s what we know so far ……………Dissident republicans tried to murder police officers during an attack in Craigavon, County Armagh, the Police Service of Northern Ireland (PSNI) has said: At about midnight on Friday, a loud bang was heard in the Tullygally Road area of the town: A “viable device” was later found: Police said they believe the attack was set up to target officers responding to a call from the public BBC News reported. Press Association a short time later the PSNI was contacted by a Belfast-based newspaper reporting that it had received a call claiming a device had been fired at a police patrol but had missed its target: Officers and bomb disposal experts from the army responded and a suspicious object was discovered, and later confirmed as a viable explosive. 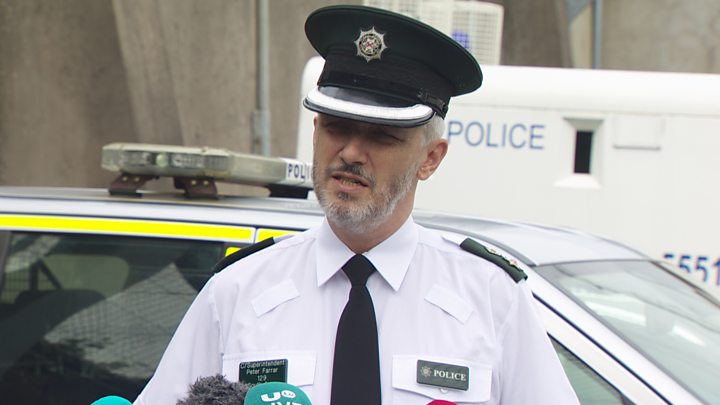 Craigavon dissident attack was ‘a clear attempt to kill police’

PSNI Ch Insp Barney O’Connor said he could not condemn strongly enough those behind the “cowardly and despicable act of terrorism” …………..He said their actions offered nothing to the community: “At this stage we believe the device to be viable and that this was an attempt by dissident republican terrorists to murder police officers,” he added. 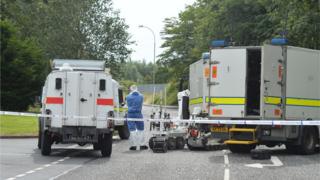 Homes were evacuated in the area, with 20 people – including an 80-year-old – moved from their homes in the middle of the night: Police said that a short time after the bang, they were contacted by a Belfast-based newspaper which reported that a call had been made to it claiming a device had been fired at a police patrol, but had missed its target: “We responded along with ATO colleagues and a suspicious object was located,” Insp O’Connor said: Once the security operation is over, police said the device will be removed and forensically examined. 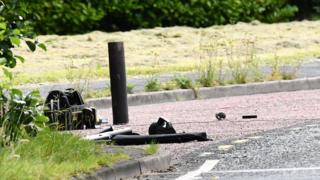 PacemakerPolice say they will they remove the device and forensically examine it: Sinn Féin MLA John O’Dowd said those behind the attack have “no support”……….”So, who are they serving other than themselves? Who were they serving last night when they tried to kill police officers?……………”If there’s anybody in those organisations that is prepared to listen, I would ask them to stop immediately.”……………DUP MLA Jonathan Buckley described the actions of those who carried out the attack as “reprehensible”…………..”Police officers go out of their homes, put on a uniform to protect our community from harm. For anyone to think that they deserve to be threatened or attacked in such a sinister way like this is clearly morally corrupt,” he said.

Mr Farrar said: “We believe that this attack was set up in such a way as to target local police officers responding to the area following those reports from the public.”The senior officer added: “Attacks on police and other security services are attacks on the entire community and they are an attack on our democracy: “Anyone willing to launch such an attack in a residential area cares little about our communities. Their reckless violence cannot be allowed to continue.”Renegades who oppose the peace process have killed police officers, soldiers and prison officers in Northern Ireland, and parts of Craigavon have been a hotspot for dissident activity in the past: Mr Farrar added: “Clearly this was a lethal device designed to murder police officers or indeed any member of the public, whether they be an older person or a child who would have been in the vicinity of this.”

He confirmed the focus of the police investigation is on dissident republican groups.

In 2009, PSNI Constable Stephen Carroll was shot dead by dissident republicans as he responded to a 999 call in Craigavon: He was the first police officer to be killed since the formation of the PSNI in 2001.