#AceNewsReport – July.30: Police in India have opened a murder investigation against a ruling party lawmaker after a fatal crash involving a woman who had accused him of rape: The woman was seriously injured in the crash in Uttar Pradesh state on Sunday. Two of her aunts were killed and her lawyer was seriously injured: Her family and opposition MPs have alleged the crash was a deliberate attempt on her life BBC News Asia reported.

BJP lawmaker Kuldeep Sengar is in jail awaiting trial charged with raping her: He was charged under India’s stringent child protection laws, since the teenager was a minor in 2017, when she claims he attacked her. But he has consistently denied the allegations: Mr Sengar’s lawyer, Awadhesh Singh, told Reuters that Sunday’s crash was “just an accident” and that the allegations were intended to politically damage his client. 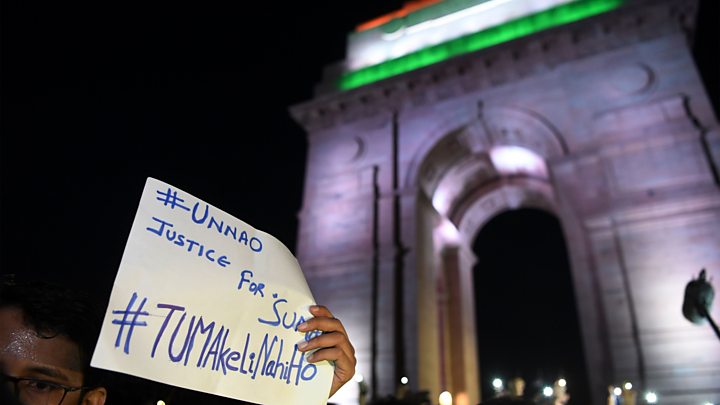 Protesters in Delhi waved signs reading #TumAkeliNahinHo – “You are not alone”

On Monday night, activists held a protest in the capital, Delhi, to show solidarity to the woman, who remains in a critical condition in hospital.

The woman, now 19 and who cannot legally be named, was travelling with her lawyer and two relatives when their car was hit by a lorry on a state highway in Rae Bareli district: Local police officer Rakesh Singh told BBC Hindi at the time that the truck driver and owner of the vehicle had been arrested and taken in for questioning. Some reports suggested the vehicle’s registration plate was smeared with black paint: Police initially said they were treating it as an accident. But late on Monday, following a complaint by the woman’s family, police formally opened an investigation into Mr Sengar, his brother and more than two dozen other people, alleging murder, attempted murder conspiracy and intimidation: Following pressure from opposition parties, police have agreed to hand the case over to federal investigators who are also probing the rape allegations.

The woman’s mother has alleged foul play, saying that the collision was not an accident and has demanded justice. 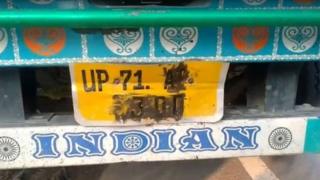 Anubhav YadavThe registration plates of the truck had been smeared with black paint: Opposition parties in the state called for a federal investigation into the incident, saying the circumstances of the crash are “suspicious”…………..The leader of the state’s main opposition Samajwadi Party, Akhilesh Yadav, was quoted by Hindustan Times newspaper as saying the incident “could be a murder attempt”.

The woman alleges that she had approached Mr Sengar for a job in June 2017 – and she was kidnapped and raped for more than a week by him and others: She said she registered a police complaint, but police initially did not name Mr Sengar as one of the accused. The police did register a case against him months later, but the woman alleges that they did not proceed with the investigation. 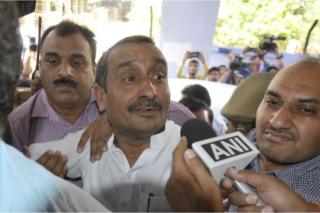 Getty ImagesMr Sengar has been charged with rape and criminal conspiracy: She and her family allege that on 3 April 2018, the woman’s father was assaulted by Atul Sengar and his supporters. The police charged five men for assault but they also arrested her father on the charge of illegally possessing firearms. He died a day later in prison: On 8 April, the woman attempted to set herself on fire outside Mr Adityanath’s home, alleging that she had been repeatedly thwarted in her pursuit of justice.

India’s federal investigation agency then took over the case and arrested Atul Sengar and 10 others on charges of murder. The case is still ongoing. Atul Sengar has not responded to the charges: On 13 April, the high court in Uttar Pradesh ordered the arrest of Kuldeep Sengar, while criticising Mr Adityanath’s government and state police for not doing enough to investigate the charges and protect the victim or her family: The court said the facts of the case “clearly reflect that the accused has been using his office and influence with impunity to tamper [with] evidence and witnesses and further has exercised undue influence with the law and order machinery to manipulate and coerce the family members of the victim and brutally assaulted her father.”…………….The federal investigation agency charged Kuldeep Sengar with rape and arrested him later that day.