#AceNewsReport – July.31: Two mothers in Chicago have been killed in a drive-by shooting as they stood on a street corner in an effort to deter gun violence: Chantell Grant and Andrea Stoudemire were volunteers for Mothers Against Senseless Killings and had been camped out at the corner to prevent conflict BBC News reports

They were shot on Friday evening by the occupants of a blue SUV: No arrests have yet been made: Supporters say they are shocked by the killing and will honour their memories: “It is sacred ground, as far as we’re concerned,” said Mothers Against Senseless Killings (Mask) member Maria Pike, referring to the South Side Chicago street corner policed by the fallen mums: “This was a haven that was built by moms,” she told ABC 7 in Chicago: “The lack of humanity is shocking,” she added. 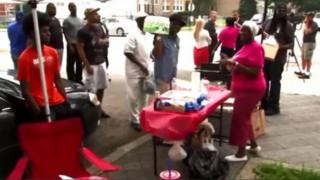 CBSMask hosts community events in an effort to curb gun violence: Grant was a 26-year-old mother of four and Stoudemire was a 35-year-old mother of three: The women were hit around 22:00 local time (03:00 GMT Saturday) while standing on West 75th Street and South Stewart Avenue in the city’s violence-plagued Englewood neighbourhood: “It is terrifying. It is heartbreaking. I haven’t slept because I am trying to figure out how we can stop this,” Tamar Manasseh, founder of Mask, told the Chicago Sun-Times: “Who’s next? I just keep thinking, Who’s next?”……………The group began occupying the corner around four years ago, and host barbecues there throughout the summer, in the hope that their constant presence will deter violence: They have also offered counselling and guidance to community members, according to friends and activists. 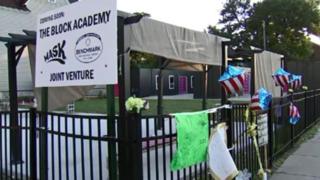 CBSA memorial has been erected at the scene of the shooting: A 58-year-old man who was present suffered a graze wound to his arm: “It’s too much around here,” said the man, who did not wish to be identified, as he returned to the shooting scene to pay respects at an impromptu memorial: “The older people can’t come out and sit on the porch; the kids can’t play,” he told the Chicago Sun-Times. “It’s just, wow. Everyone is scared.”

Chicago Police Department spokesman Anthony Guglielmi said in a statement that the murders were under investigation, and that investigators “have no evidence that we can point to that suggests the women were the intended targets” “We also have no evidence to the contrary,” he added. 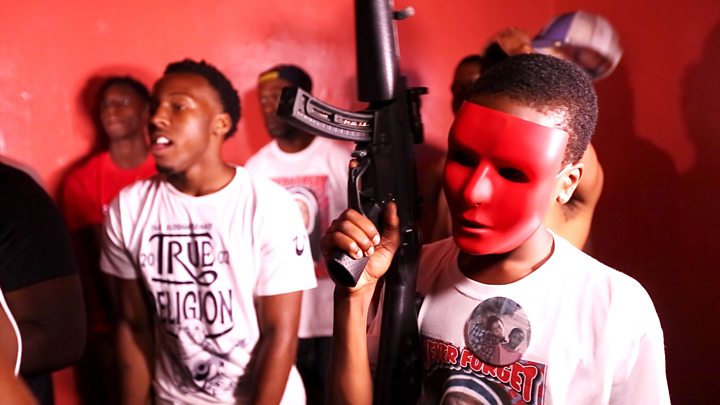 Life and death on the lost streets of Chicago: An online fundraiser with the goal of raising $5,000 to “bring these mother killers to justice”, has already raised more than $8,000 (£6,500): Authorities say 48 people were shot in Chicago over the weekend, with eight fatalities.