#AceNewsReport – Aug.03: A no-deal Brexit could mean politicians in London taking charge of Northern Ireland, it has been suggested: Northern Ireland hasn’t been ruled directly from Westminster for more than a decade, so how would it happen and why is it being considered?

The Prime Minister, Boris Johnson, says the UK must leave the EU by 31 October, with or without a deal in place about the “divorce” process: There’ve been warnings that could have major consequences for Northern Ireland, which has had no government in place since 2017.

Earlier this year, former Prime Minister Theresa May said as it doesn’t have ministers to make decisions: This week, Foreign Secretary Dominic Raab was asked whether that might mean direct rule was needed. He told the BBC that the government would make sure that all arrangements are in place “so that we don’t have a vacuum” in Northern Ireland.

It can only be implemented if the UK government passes a new law through Parliament: It would see all the powers that had been handed over to Northern Ireland’s government taken back by ministers in London. 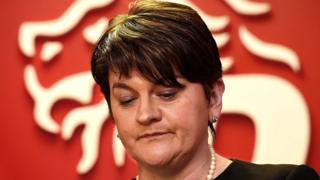 They would make decisions on issues including health, justice and policing, education and transport: Any new laws relating to Northern Ireland would have to be approved by members of Boris Johnson’s cabinet and pass through the UK Parliament as well: The last period of direct rule in Northern Ireland ended in 2007, and reinstating it would be a controversial move. Direct rule is not favoured by some because it takes power out of local hands: The unionist parties, which want Northern Ireland to remain part of the UK, have called for direct rule to happen. 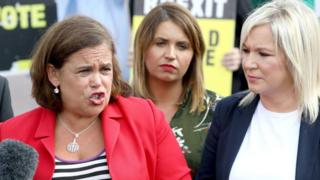 But other parties on the nationalist side would prefer so-called “joint authority”. They argue that the Republic of Ireland government should have greater input into any decision making.

Northern Ireland has been able to exercise its own powers since 1998. It followed a peace deal ending decades of violence: Nationalists wanted more rights, and were against British rule, while unionists wanted to remain part of the United Kingdom. 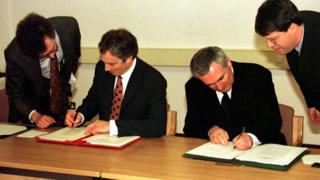 PA MediaThe 1998 peace deal involved the UK and Irish governments as well as local parties: Under the terms of the Good Friday Agreement, the two communities agreed to share power: When the government is up and running the main parties nominate ministers: Certain powers – including international relations and defence – remain reserved for the government in London.

It collapsed in January 2017 when the two biggest parties – the Democratic Unionist Party (DUP) and Sinn Féin – had a bitter row around the DUP’s handling of a green energy scandal: Since then, the Northern Ireland Assembly and government have been suspended and attempts to restore these institutions have failed: It’s been left to civil servants take the necessary steps to keep public services running: But civil servants’ powers are limited as they are only meant to advise politicians, not decide on policy or make important decisions: For example, Northern Ireland was unable to move in line with the rest of the UK to reduce the maximum stake on fixed-odds betting terminals to £2 last year.

Northern Ireland is the only part of the UK which has a land border with another EU country, the Republic of Ireland. 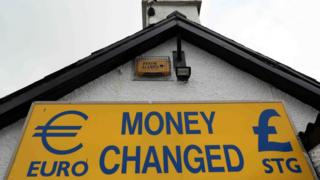 If the UK leaves without a deal, it will be outside the EU’s single market and customs union, making cross-border trade much more complicated: Under Boris Johnson, the UK government wants to get rid of the Irish border backstop – an insurance policy to maintain an open border unless and until another solution is found: Many business and farming groups have warned about the economic impact of reintroducing border checks between Northern Ireland and the Republic: And concern has been expressed by a former Northern Ireland police chief that additional law enforcement activity needed on the border might encourage some dissident groups which are still active to regroup: All of this would prove a huge task for civil servants to try to deal with.

A lot depends on what happens in the months ahead, but a no-deal Brexit makes the return of direct rule for Northern Ireland more likely………We shall see more soon ……..