#AceNewsReport – Aug.07: Her remains were found in a ravine approximately 20 meters (66 feet) deep, in a rough mountainous area of Kerame St. Kirikos in Ikaria, Greek national police tweeted: A major air, land and sea search had been underway on the picturesque island for the British tourist: Police did not say that the body was Christopher’s or give any further details. 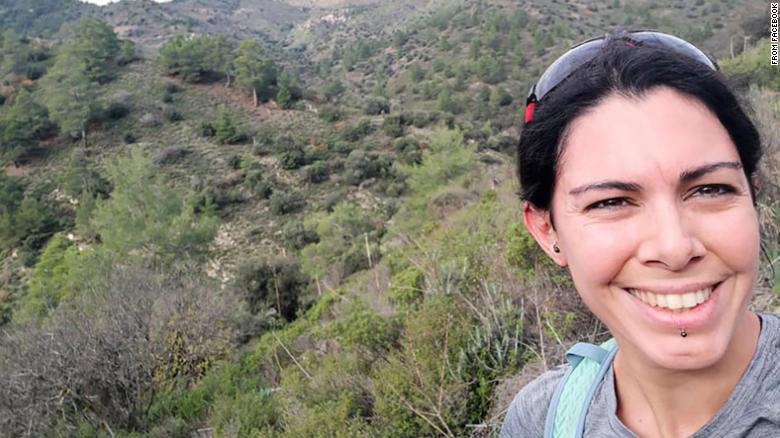 Christopher, a 35-year-old astrophysicist, was visiting the island with her partner from their home in Cyprus but wasn’t in their accommodation when her partner woke up on Monday morning, a close friend of Christopher told CNN: Christopher’s partner spoke to her by telephone and she told him she had gone out for a run, but when she hadn’t returned after several hours and had stopped answering her phone, her partner reported her missing.

The pair were on the last day of their three-day trip to the island, police told CNN: Police, fire vehicles and a helicopter have all been mobilized to search for Christopher, they added in a statement.

The search has focused on Ikaria’s southeastern coast after a signal from the missing woman’s cell phone was reportedly picked up in the vicinity: Police officials told CNN on Wednesday that “the woman’s phone is now switched off.”

Vassilis Theodorakis, the owner of the Blue SeaSide Studios hotel where the couple were staying, said authorities have extensively searched two possible running routes in the area: “One leading to a beach that is accessible by car and an easy path for an experienced runner as the lady was said to be. The other path leads towards a mountain village and has some difficult points,” Theodorakis said. Christopher’s Facebook page includes photos showing her running in various locations.

Christopher’s sister has appealed for anyone with information to assist in the search, but urged people not to drain her battery by calling her: On Sunday, hours before she went missing, Christopher posted images on Facebook of her holiday on the island. “Beautiful spot for swimming and deep water solo … had so much fun here today!” she wrote.

The island has a population of around 10,000 and is a popular destination for tourists: Police said on Wednesday morning that the Greek defense ministry was assisting with the search.

Christopher is the second scientist to go missing while visiting Greece in recent months. US scientist Suzanne Eaton was attending a conference on the island of Crete when she disappeared in July, also apparently during a run: Her body was later found and a 27-year-old man confessed to her murder.