#AceNewsReport – Aug.10: The move on Thursday was one of the first taken by Prime Minister Kyriakos Mitsotakis’ New Democracy government, which comfortably unseated left-wing Syriza in the country’s July 7 election: Under the 1982 law, which has been repealed and reinstated by different governments in recent years, Greek universities have been largely out of bounds to police: The reform was a key pledge by Mitsotakis’ party, which has long argued that university sanctuary has outlived its purpose and has been hijacked by criminals taking advantage of police’s effective inability to intervene. 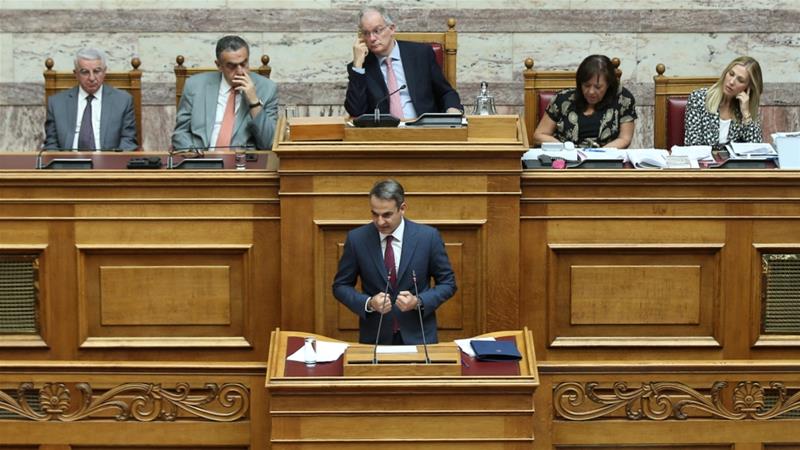 Many academics complain of violence and drug dealing in plain view: “We don’t want police in university: We do want though to get rid of the hoodies who police the lives of students,” Mitsotakis told Parliament, referring to self-styled anarchists: “During a typical student’s life, he will see faculties controlled by a manner of different groups, drugs, and basements full of petrol bombs and hoods,” added the 51-year-old, who campaigned hard on the issue of public safety Al Jazeera reports.

University asylum was a legacy of the crackdown by the then military dictatorship on students on November 17, 1973, when a tank burst through the gates of the Athens Polytechnic, killing dozens of people: The day became a defining moment in the country’s history, and on each anniversary students and others march to commemorate the event. The prospect of the law being scrapped had brought some students out onto the streets: The government’s measure on Thursday was also backed by a small right-wing party but it was rejected by left-wing opposition parties, with critics decrying it as a clampdown on democracy: Alexis Tsipras, the former prime minister and now main opposition leader, said the move was an attempt to undermine Greeces public universities: “You are obsessed with it,” Tsipras told Mitsotakis.

“New Democracy has always followed that line; to gradually privatise universities, undermine welfare and research,” he said: Tsipras’s Syriza and the recently formed MeRA25 party, led by former Finance Minister Yanis Varoufakis, abstained from the vote. The Communist Party of Greece voted “No”.