#AceNewsReport – Aug.12: An extra 10,000 new prison places will be created and stop-and-search powers expanded, Prime Minister Boris Johnson has promised: The first new prison in the £2.5bn programme will be at HMP Full Sutton in Yorkshire, where expansion plans have previously been announced: The government said the plans showed it was “serious about fighting crime”…………………………But Labour’s shadow home secretary, Diane Abbott, said “random” stop-and-search was a “recipe for unrest”………………………The government’s focus on law and order will add to speculation that No 10 is preparing for an autumn general election, said BBC political correspondent Jonathan Blake.The prison and policing plans for England and Wales follow other recent initiatives from Downing Street about the NHS and immigration. 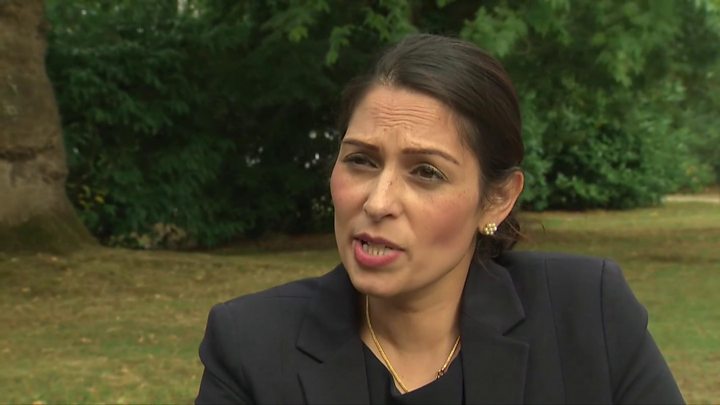 Police Officers in England and Wales – Source: Home Office: Policing Minister Kit Malthouse told Sky News’ Sophy Ridge on Sunday: “We know the greatest deterrent to crime is the perception of the likelihood of getting caught. Prevention is really what we’re after.”

The 10,000 new prison places are expected to be created by building new jails and expanding existing ones, at a cost of up to £2.5bn: The first new prison will be built alongside the maximum security jail at HMP Full Sutton, the Ministry of Justice said. But plans already announced there have drawn objections from police, who said it would increase violent crime in the jail: Previously decommissioned prison venues will also be refurbished and brought back into use, the government said.

Mr Johnson wrote in the Mail on Sunday that the investment was “long overdue”……He also argued that too many serious violent or sexual offenders are coming out of prison long before they should, and tougher sentences were needed: “We need to come down hard on crime,” he wrote. “That means coming down hard on criminals. We need to reverse the balance of fear: “I want the criminals to be afraid – not the public.”

The Ministry of Justice said it was on course to create 3,360 places at two new prisons by 2023: Government sources said the £2.5bn funding would allow it to deliver 10,000 places on top of that, including projects already at a planning stage such as HMP Full Sutton.

A pilot scheme making it easier for police to search people without reasonable suspicion, in places where serious violence may occur, is being extended to all 43 forces across England and Wales: In March, when he was home secretary, Sajid Javid first introduced the scheme in seven police force areas: London, the West Midlands, Merseyside, South Yorkshire, West Yorkshire, South Wales and Greater Manchester: The latest move sees restrictions over using section 60 stop-and-search lifted more widely, giving officers across England and Wales a limited time period to search anyone in a designated area in order to prevent violent crime: Inspectors will now be able to use section 60 without seeking the authorisation of a senior officer and there will be a lower threshold for its use, with police only needing to reasonably believe that violence “may” occur, not that it will.