#AceNewsReport – Aug.27: Chinese-Australian writer Yang Hengjun has been arrested on espionage charges in Beijing, seven months after being detained in southern China: His charges were announced by the Australian government. Yang’s Melbourne-based lawyer, Rob Stary, said few details had been released about the case beyond the spying charges CNN reported.

“We don’t know whether he’s accused of spying on behalf of a third party actor — a foreign government such as Australia or the US,” Stary said: “We know him as a blogger and democracy activist — so we can’t conceive of any other actions outside of his role as a political agitator.”

Stary said the spying charges were worrying: Espionage can carry the death penalty in China, though Stary said it was “not within our contemplation that this case will attract that penalty.”………………A former official with the Chinese foreign ministry, Yang, 53, also holds Australian citizenship, and was known to spend most of his time in the United States. He also had a large following on Twitter, where he posted satirical commentaries and criticism of the Chinese government.

He was detained in the city of Guangzhou in January, while he and his wife were visiting from New York, where Yang was a visiting scholar at Columbia University: Yang’s wife, Yuan Xiaoliang — a Chinese citizen with Australian permanent residency — has been issued an exit ban preventing her from leaving China, Stary said.

At a regular press briefing Thursday, Chinese Foreign Ministry spokesman Geng Shuang confirmed Yang’s arrest and said the case was “under further investigation: Stary said Julian McMahon, a high-profile Australian barrister, had been hired to assist with the case. McMahon previously represented the Bali Nine, accused drug traffickers who were sentenced to death in Indonesia in 2005.

Yang’s detention in January came amid a period of rocky relations between Beijing and Canberra: The two sides were clashing on issues ranging from China’s alleged attempts to influence the former’s domestic politics, to Canberra’s decision to ban technology by Chinese company Huawei from the country’s 5G mobile networks and Beijing’s rising ambitions in the South Pacific. 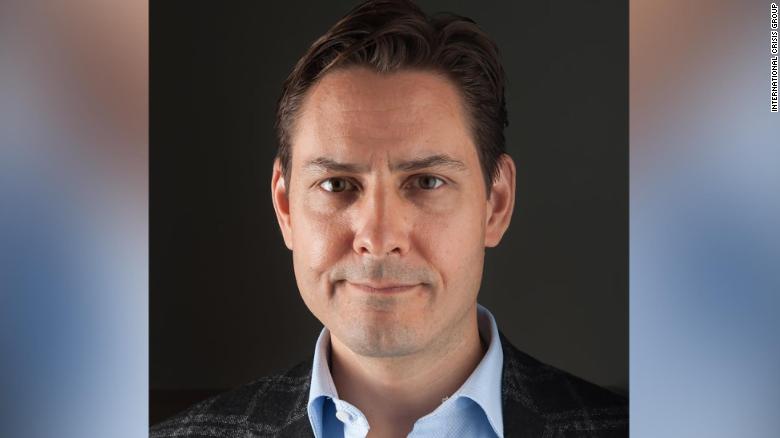 Marise Payne, Australia’s minister for foreign affairs, said in a statement that Canberra was “very concerned” about Yang, who was moved to a detention center in Beijing in July, after six months of house arrest: “Dr Yang has been held in Beijing in harsh conditions without charge for more than seven months. Since that time, China has not explained the reasons for Dr Yang’s detention, nor has it allowed him access to his lawyers or family visits,” she said: “We have serious concerns for Dr Yang’s welfare, and about the conditions under which he is being been held.”

Geng, the Chinese foreign ministry spokesman, said Beijing “expresses its strong dissatisfaction over Australia’s statement on the case.” “I want to emphasise that China is a country with the rule of law. Australia should earnestly respect China’s judicial sovereignty and must not interfere in China’s handling of the case in any way,” he said: Although Beijing denies any link between its detention of foreign nationals and bilateral disputes, critics say the cases have had a “chilling effect” on how foreigners view and deal with China.

“You start to hear people say, If my government has frictions with China, I’d better not be in China,” Yaqiu Wang, a China researcher for the international advocacy group Human Rights Watch, told CNN earlier this year. “Other people feel, I’d better stay quiet and not say anything critical of the Chinese government in case something happens to me.”