#AceNewsReport – Sept.01: A former director general of the UK’s Border Force has told Sky News of the next steps facing suspected migrants who have arrived on the shores of Dover: Tony Smith said the priority for officials now was to “preserve life” after more than 50 suspected migrants were picked up around Dover in four separate incidents on Saturday morning: “They will be disembarked safely by the Border Force and taken to first responders, who will check them, make sure they’re healthy and there’s no medical issues.

Video: https://t.me/secoastaldefence/126 Assuming that’s the case, they’ll be taken to an interview unit near the point of arrival,” he said. 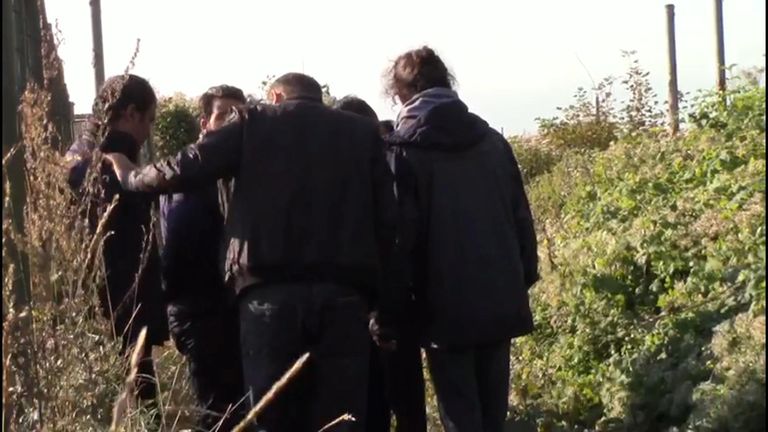 Suspected migrants disembark near Dover: These initial interviews, Mr Smith says, are called screenings, where the Border Force look to see if suspected migrants have attempted to cross over before by taking their photographs and fingerprints. Usually, however, those arriving are making their first journey: Eight people landed in a rib near Kingsdown beach, Dover, on Saturday morning before being picked up by Border Force officials: The coastguard said a series of search and rescue operations were launched along the Kent coast, with Kent Police and the South East Ambulance Service assisting: A source told Sky that 14 suspected migrants were brought into the port on the Border Force vessel Speedwell, and another 34 were picked up from two dinghies by the Border Force vessel Seeker, including five children.

A fifth dinghy was intercepted but numbers of those onboard are unknown: Two of the suspected migrants are believed to have been taken to hospital as medical emergencies: Mr Smith said that if the suspected migrants cannot be returned to France quickly, they will be dispersed across the UK by social services: “They’ll be given refugee legal services, support and their applications to stay in the UK will ensue and that process cannot be determined at the border,” he said. A group of suspected migrants make their way inland: “That has to be a process carried out elsewhere inland by trained Home Office staff and that takes some time: “Consequently, people are getting into the UK, and that is seen as at least interim success for smugglers and that encourages more to come.”

Sky News has approached the Home Office for comment: On Friday, Home Secretary Priti Patel said that urgent action was needed to tackle the migrant crisis in the Channel, adding that plans were being drawn up “immediately” to deal with the problem: She had met French interior minister Christophe Castaner in Paris the day before, where the pair agreed to step up resources to intercept and stop the wave of crossings in small boats: The search and rescue operations have taking place amid a recent surge in migrant crossings of the Channel: On Tuesday, a woman and a baby were among 32 suspected migrants picked up heading in the direction of Dover.

Just over a week ago, Prime Minister Boris Johnson told migrants not to cross to the UK as “we will send you back”……………His comments followed a report from the French coastguard, which said 24 migrants including seven children and a woman were found trying to cross the Channel: On the same day, a Border Force patrol boat intercepted a group of 11 people – nine men and two women who said they were nationals from Iran and Niger………………..Many of those trying to cross are presenting themselves as Iranian and say they are trying to flee persecution.

Why hundreds have made the perilous journey to cross the Channel to get to the UK from Europe:

Why hundreds have made the perilous journey to cross the Channel to get to the UK from Europe.