#AceNewsReport – Sept.04: The government has declared it has “turned the page on austerity” as it set out plans to raise spending across all departments: Chancellor Sajid Javid outlined £13.8bn of investment in areas including health, education and the police in what he said was the fastest increase in spending for 15 years: The plans cover one year and come amid intense political turmoil over Brexit: Live: Chancellor unveils spending plans 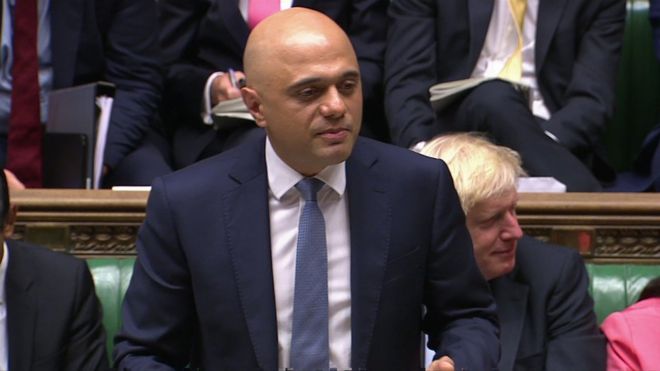 Labour criticised the spending plans as “grubby electioneering” Mr Javid said: “No department will be cut next year. Every single department has had its budget for day to day spending increased at least in line with inflation: “That’s what I mean by the end of austerity.” ….But the shadow chancellor, John McDonnell, accused Mr Javid of “meaningless platitudes”.”Do not insult the intelligence of the British people,” he added: 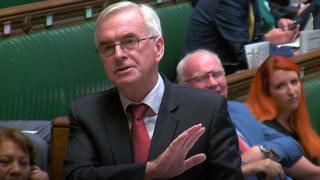 House of Commons/PA WireShadow chancellor John McDonnell criticised the government’s spending round: He accused the government of “pretending to end austerity when they do nothing of the sort”…………………The director of the Institute for Fiscal Studies, Paul Johnson, also warned that the current weakness in the UK economy could weigh on the government’s declaration of the end of austerity.

“We of course live in a time of extreme economic uncertainty and I think the big risk in saying that austerity is over is that the economy starts to do significantly worse, which it might if we have a no-deal Brexit: “Then the deficit and debt will start rising and we are in danger of having another dose of austerity to get that over with for a second time.”

The spending round includes:

The chancellor laid out the spending plans against the possibility that the UK is heading for another general election – the country’s third in five years: Prime Minister Boris Johnson said Britain will go to the polls if he is forced to request an extension to the 31 October deadline for the UK to leave the European Union.

The chancellor’s spending plan is based on forecasts published back in March by the Office for Budget Responsibility (OBR), the independent fiscal watchdog: Under those predictions, the government had around £15bn to borrow within its self-imposed overdraft limit of 2% of the value of the national economy: Since then, the UK’s gross domestic product (GDP) shrank by 0.2% during the second quarter………………..If it contracts again between July and September, the country will officially be in recession, which is defined as two consecutive quarters of negative growth.

On Wednesday, data measuring activity in the UK’s dominant services sector, which accounts for nearly three quarters of GDP, showed that growth slowed in August and follows poor figures from both manufacturing and construction during the same month………….If the UK falls into recession, it would mean that the government would break its fiscal rules.