#AceNewsReport – Sept.06: A law which will make a no-deal #Brexit illegal without parliamentary approval has been passed by the House of Lords: The bill will require Boris Johnson to ask Brussels for an Article 50 extension, allowing the UK to stay in the European Union until January 31: It spells a humiliating blow for the Prime Minister, who pledged to take the country out of the EU by Halloween: The European Union (Withdrawal) (No. 6) will require Brexit to be delayed unless a divorce deal is approved or if Parliament agrees to a no-deal Brexit by October 19: It sailed through its final stages in the Lords without any amendments being made and is now expected to receive royal assent on Monday to become law MetroUK reported. 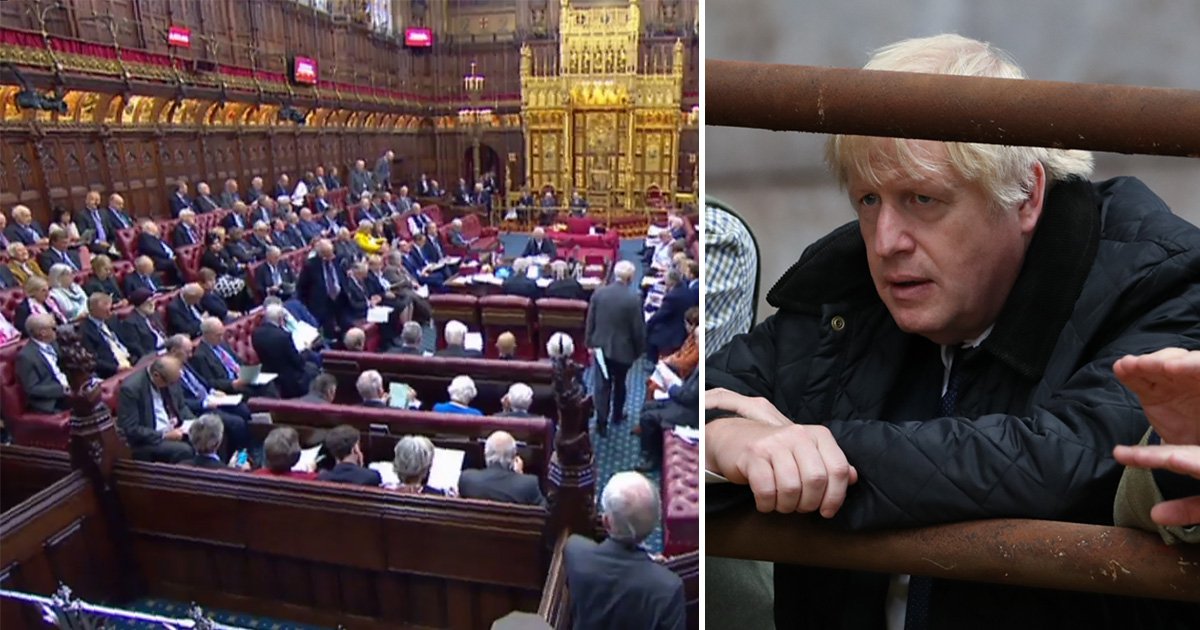 The bill is set to become law by Monday, scuppering Boris Johnson’s ‘do or die’ Brexit pledge (Picture: AFP/Getty)

Prime Minister Boris Johnson has previously labelled it the ‘surrender bill’ and claimed it takes away control of the UK’s negotiations with the EU by allowing Parliament to block no-deal: Closing the debate in the Lords, Brexit minister Lord Callanan said the bill brought ‘delay and uncertainty’ and undermined the government’s efforts to negotiate the Withdrawal Agreement: But he assured peers the legislation would be presented for royal assent.

He added: ‘This Bill is about seriously undermining negotiations that could achieve a deal before October 31, frustrating the referendum result and stopping Brexit.’……Earlier peers rejected 268-47 a bid to remove an amendment included in the Commons, paving the way for MPs to debate Theresa May’s final Brexit deal during an extension of EU membership into January…….The amendment, tabled by Labour MP Stephen Kinnock, was only passed by default because tellers for those voting against it were not put forward: Tory peers argued this was a mistake which should be corrected to make clear and effective law.

Lord Callanan said the amendment was ‘confusingly drafted’ and ‘legally inoperable’……………………….For the Opposition, Lord Goldsmith said it did no harm to keep it in the bill because there was not time to send it back to the Commons for further consideration due to ‘guillotine of prorogation’ set off by the Prime Minister after declaring he would suspend Parliament for five weeks in mid-September: An amendment by Conservative peer Lord True to prevent the legislation coming into force until a general election is held this year was rejected by 283 votes to 28.

Lord True had argued: ‘How many more times must the British people be asked to take a delay?……………….‘How much more must they take from those who want this country to remain and want it to stop?………………‘I think there will be a limit to the tolerance of many people in this country and I beseech all those involved to allow the cleansing balm of a general election to allow all those, whatever their views, to put their case to the people.’…………..Labour described Lord True’s proposal as a ‘wrecking amendment’ and successfully led the opposition to it.