#AceNewsReport – Sept.08: Brexiteer Tories have held talks with Nigel Farage over the possibility of an election pact amid fears the Conservatives won’t secure a large enough majority to deliver a ‘clean-break’ from the EU, it has been reported: It comes as Boris Johnson faces an ever-increasing political crisis after his latest plans for a snap election appeared to have been scuppered yet again by a ‘stitch-up’ between Jeremy Corbyn and Remain parties. 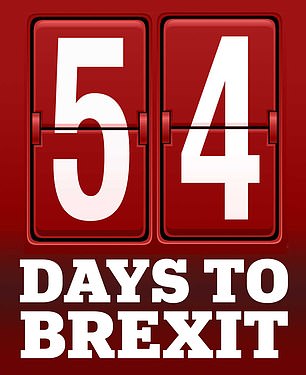 Members of the European Research Group are reported to have held ‘very tentative’ discussions with the Brexit Party leader over the possibility of a pact saying it ‘would be mad’ not to pursue one.

A source told The Daily Telegraph: ‘There have been conversations between the Brexit Party and the ERG. Not just with Farage but also at a local level. The feeling is that it would be mad to let the Remainers do an alliance but not the Brexiteeers.’ The news comes as senior Tory Brexiteer Steve Baker warned on Tuesday that Boris Johnson must do a deal with the Brexit Party ahead of a snap general election in order to have any hope of winning a majority.

The new chairman of the European Research Group of Conservative Eurosceptic MPs said if the Tories and Nigel Farage’s party stand candidates against each other the result will be victory for a ‘Remain coalition’ He said such a result would lead to Brexit being overturned as he called for ‘some sort of accommodation’ to be struck with Mr Farage.

Mr Baker’s comments came after Mr Farage again said he would be willing to form an electoral pact with the Tories – but only if Mr Johnson promised to deliver a ‘clean break’ from the EU: The leader of the Brexit Party said he was ready to put ‘country before party’ and ‘help in any way we can’ if a snap poll is triggered.

But today, in an advertisement in The Telegraph, Mr Farage said The Brexit Party, which has selected 600 prospective parliamentary candidates to fight seats across the UK, was willing to put ‘country before party’ He said: ‘If Mr Johnson commits to a clean-break Brexit we are ready to back him, by fighting our electoral battles selectively and targeting the Remainer establishment.’Together we would be unstoppable, rout the Remainers and deliver a large Brexit majority in Parliament. If Boris seizes this opportunity he can be a hero.’ 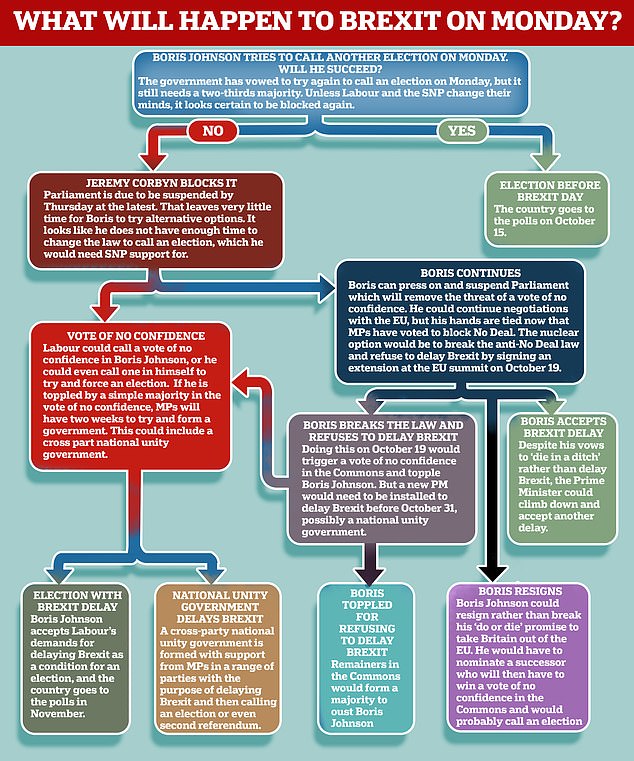 Mr Johnson has pledged to deliver Brexit by October 31 ‘do or die’ and with or without a deal but his preference remains to take Britain out of the bloc with an agreement: But the Prime Minister has faced a series of defeats during his time in office, and last week lost a string of Commons votes, lost his majority and saw his own brother quit as a minister.

And now a bill which blocks a No Deal is set to receive Royal Assent on Monday, leaving Mr Johnson in a difficult situation as he tries to hold a general election before the European Summit on October 17: The new law blocking no-deal will rule out an early election before the European Council summit as Labour and other opposition parties want the threat of leaving the EU on Halloween to have expired before agreeing to a fresh poll.

Labour, the Liberal Democrats, SNP and Plaid Cymru met on Friday and agreed to block the PM’s election request when it is put to the House of Commons again on Monday.