#AceNewsReport – Sept.11: Judges said the doctor acted lawfully as not carrying out the process would have undermined the patient’s wish: It is the first such case since the country legalised euthanasia in 2002: Delivering the verdict at a court in The Hague on Wednesday, judge Mariette Renckens said that “all requirements of the euthanasia legislation” had been met: “Therefore the suspect is acquitted of all charges,” the judge said: Prosecutors argued that the doctor, who has not been named and has since retired, “acted with the best intentions” but broke Dutch euthanasia law by failing to ensure the consent of the woman, who may have changed her mind: They argued that a more intensive discussion could have taken place before the decision to end her life: The doctor allegedly sedated the woman, who was suffering from Alzheimer’s disease, then she asked her family to hold her down as she administered a lethal drug: She maintained that she had acted cautiously: The trial was considered an important test case, as people are living longer and are therefore more likely to develop conditions that affect their ability to think and remember.

When do you stop asking if someone wants to live?

Should someone who makes a choice when they are of sound mind be held to that choice when they are not? Yes, was the judge’s answer to the key question at the heart of this emotive test case: There was a small round of applause as the verdict was read out in front of a crowded courtroom. Euthanasia is supposed to empower the patient, offering them the chance to decide when they want to die. Even in a country where it’s been legal for almost two decades, the practice remains controversial: In this case, the judges ruled that by the time the patient died it would have been impossible to establish what she wanted, such was the severity of her dementia that she no longer understood what the word “euthanasia” even meant: This trial forced doctors and lawyers to confront a practical and moral dilemma; at what point do you stop checking if someone wants to live or die, and should they still have the power to decide if they’re not fully in control of their mental capacities?

After being diagnosed with Alzheimer’s four years before she died, the patient wrote a statement saying that she wanted to be euthanised before entering a care home – but that she wanted to decide when the time was right: Before she was taken into care, a doctor decided that assisted suicide should be administered based on her prior statement. This was confirmed by two separate doctors independently and a date was set: When the day came to end the woman’s life, a sedative was put in her coffee and she lost consciousness: But the woman then woke up and had to be held down by her daughter and husband while the process was finished.

At the centre of the case was the question of the woman’s ability to consent to ending her life despite her previous statement: “A crucial question to this case is how long a doctor should continue consulting a patient with dementia, if the patient in an earlier stage already requested euthanasia,” prosecution service spokeswoman Sanna van der Harg said: “We do not doubt the doctor’s honest intentions,” she said: “A more intensive discussion with the patient” could have taken place before the decision to end her life, she added: However, the daughter of the deceased woman thanked the doctor: “The doctor freed my mother from the mental prison which she ended up in,” she said in a statement. 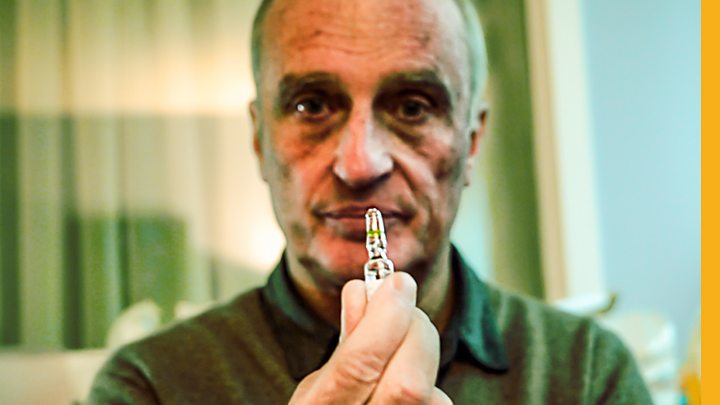 Euthanasia: “I don’t feel like I’m killing the patient”