#AceNewsReport – Sept.14: 2019: The world’s largest oil processing facility has been hit in a drone attack: The strike caused a huge fire at the facility, which is of critical importance to global energy supplies: It is not known if there are any injuries or fatalities: Yemen’s Houthi rebels have said on state TV that they were behind the drone attacks. They have previously launched drone attacks on Saudi Arabia: Military spokesperson Yahia Sarie said the Houthis used 10 drones in the attacks: He threatened further attacks on the kingdom, unless Saudi Arabia ends the war: Mr Sarie said: “The only option for the Saudi government is to stop attacking us.” 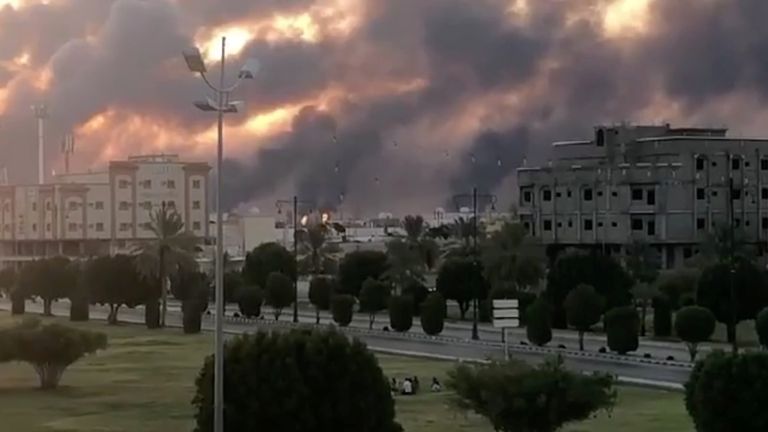 Smoke is seen following a fire at the Aramco factory

The Saudi-led coalition have been locked in battle with the Iran-backed Houthi rebels in Yemen since March 2015: The fires at the facility began after the sites were “targeted by drones,” the interior ministry was quoted as saying by the state-run Saudi Press Agency: Saudi Aramco, the state-owned oil giant, has not yet commented: It describes its Abqaiq oil processing facility in Buqyaq as “the largest crude oil stabilisation plant in the world”.