#AceNewsReport – Sept.21: A manhunt is underway in Chicago for a man authorities believe shot a police officer on Saturday, as well as a woman earlier in the week: Michael Blackman, 45, is wanted on suspicion of shooting a Chicago police officer Saturday morning on the city’s South Side, in the 1900 block of West 65th Street, authorities said: The officer was taken to a hospital, where he or she was “completing surgery and is in stable condition,” Chicago police spokesman Anthony Guglielmi said. 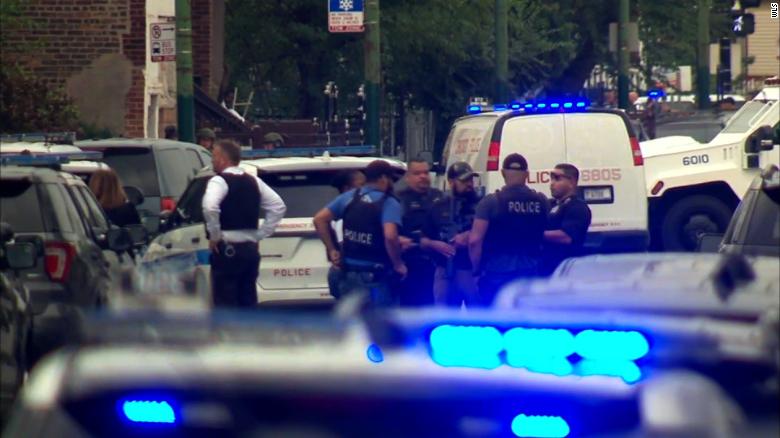 Police officers gather near the site where a Chicago officer was shot Saturday morning.

Blackman also is a suspect in a separate shooting, which injured a woman Wednesday morning in the city’s Fulton River District, Chicago police said: Police previously said the gunman in Wednesday’s shooting was a man on a bicycle, and police released surveillance images of the suspect riding a bicycle in the area that morning: Blackman “is considered armed and dangerous,” Guglielmi said after the officer was shot Saturday.